We spoke with the disability rights advocate on joining marches, ableism, and defending trans rights on the state level. 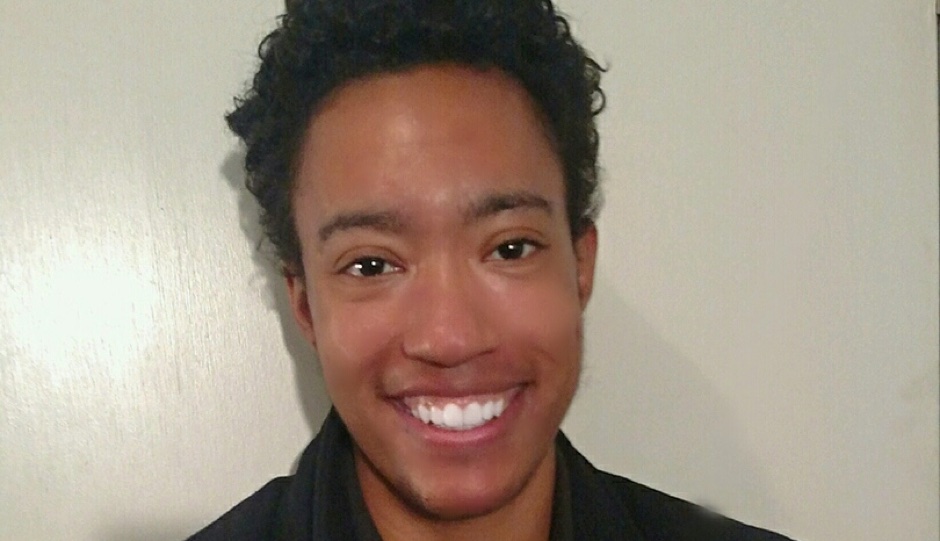 Sam Marks is a transgender activist who advocates for equity and access in queer spaces. We spoke with the disability rights advocate on joining marches, ableism, and defending trans rights on the state level.

Tell us a little bit about yourself.
I was originally born in New Jersey but shortly after relocated to Pennsylvania after I was adopted. I’ve been doing disability advocacy work since I was 14 with the School 2 Life program and the Pennsylvania Youth Leadership Network. I was able to go to Harrisburg and talk about my disability and how I challenged my school to accommodate my needs as a former special education student with an IEP. I’ve been working in the food service industry for four years, but educating people on my disability and gender identity is what I fell into.

You’ve often said you came into activism after last year’s presidential election. What has been your general experience so far taking it to the streets?
The anti-Trump march was an on-the-fly opportunity that if I hadn’t taken I would not have moved to Philly or transitioned as soon as I did. People would point out my voice getting deeper and facial hair starting to grow. I was literally transitioning in front of people who otherwise had never befriended a trans person. A lot of the people I had marched with were not too familiar with trans people, so it was hard for them to adjust because they just saw me as a masculine lesbian. I think when I first came to Philly I had this notion that the city would be much more inclusive to people like me than the town I had been brought up in. So I kept showing up to spaces that most trans people wouldn’t think of showing up to, due to the discrimination and the emotional labor of educating the community members around them. Leading marches as a minority who could have been arrested at a event, I have had a better sense of danger and consideration for the safety of the other people marching then a cis person would because they may not be aware of everyone’s needs. They haven’t lived through the backlash of being openly trans and the dangers you face when marching in the streets.

You often speak about ableism in queer spaces during rallies and marches. Do you think the community often neglects this topic along with the various other intersectional issues?
The disability community and the queer community do not intersect with each other, and that is largely because the disability community is still behind on LGBTQIA issues. It seems people think you can only be in one category. You can’t be trans and be disabled — you have to pick one issue to speak on. People keep talking about how inclusive they are, but their event is physically non-accessible unless requested for accommodations. Note that there are many accommodations besides wheelchair access that need to be put into place, but no one is willing to do the work or listen in on the people being affected by these non-accessible spaces. People with disabilities shouldn’t have to go out of their way to be correctly accommodated into a space that continuously screams “intersectionality.”

You were in Harrisburg this week speaking out against the anti-transgender amendment made to the CHIP program reauthorization bill. What do you have to say to pro-LGBTQ elected officials who voted for it in committee as a way to “appeal to moderate Republicans”?
The moment that a person’s rights become a debate is the moment in which you start questioning your worth. One of the points I made in the capital was that our mental health and safety are in jeopardy when people try to take away our access to health resources. These are health resources that, for some, keep us alive. When people in power want to take away what little you have in order to make a deal or get a vote, that really starts to break a person, and this is children’s health we’re talking about.

If you only had one frank piece of advice for those wanted to pursue activism in the Gayborhood, what would it be and why?
Be aware that not everyone in your community is comfortable with you. Even within the LGBTQ+ community, there are people who don’t support trans people or trans people who only believe in straight relationships. Its a very backwards way of thinking. Just because you’re in our community under the label of LGBTQ+ doesn’t mean you’re actually involved in the lives of those oppressed and afflicted by homophobia and transphobia. Some of the people in more privileged parts of the community show up for the drag shows and the mixers, but I’ve never seen them at march or a rally. I’ve never seen them show up unless we scream it in their face that they’re only benefiting from the community and not helping or giving back to it. I’ve felt more community marching down the streets for a shared purpose to defend our rights than I’ve ever felt at a gay bar or nightclub in Philly.