Here’s How Not to Host a Women’s Empowerment Event

Facebook did not respond kindly to SJ Magazine’s all-male effort. 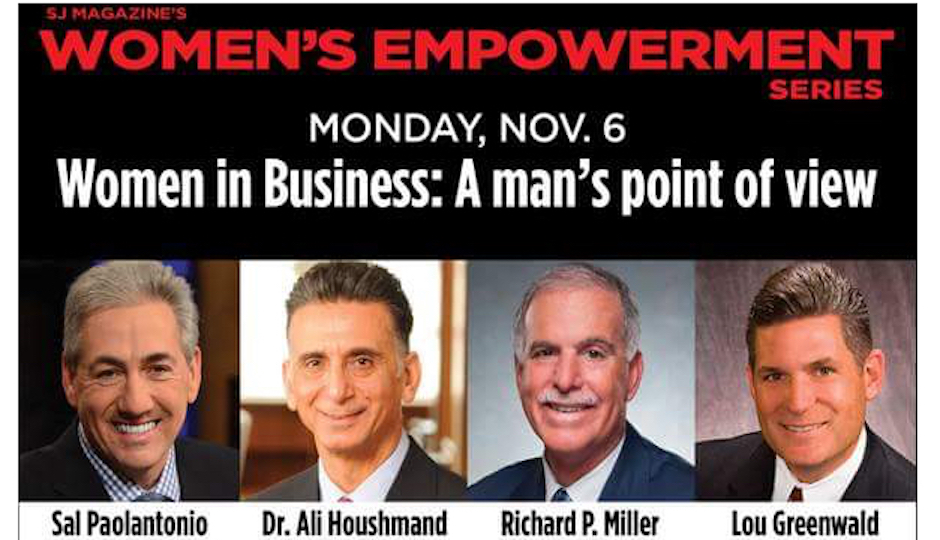 If you were planning a women’s empowerment speaking event in this day and age, who would you invite to be a part of the panel? Well, if you’re the brains at one local magazine, you invite men. And only men.

On Monday afternoon, the Maple Shade-based SJ Magazine — not to be confused with the Marlton-based South Jersey Magazine — took to Facebook to announce its big event for November 6th, part of a “Women’s Empowerment Series.”

The featured guests on the panel for Women in Business: A Man’s Point of View were to be ESPN’s Sal Paolantonio, politician Lou Greenwald, Virtua CEO Richard Miller, and Rowan University president Ali Houshmand.

Facebook did not take too kindly to the announcement.

“I’m pretty sure that this sums up everything that’s wrong with being a woman in the business world,” another chimed in. “Kudos, y’all. Kudos.”

One woman pointed out that Houshmand once suggested that women don’t go into engineering because they lack confidence.

And there was plenty of sarcasm to go around, too.

“I want to see this panel, but I need to ask my husband if I’m allowed to attend first,” noted a commenter.

“This is what I have been looking for!” said another. “An entirely mansplained empowerment seminar!”

It turns out that this wasn’t SJ Magazine‘s first attempt at an all-male panel for a women’s empowerment seminar. In 2016, the magazine hosted a panel that tackled such issues as women crying at work and what to do when a woman wears something too revealing to the office. Among the gems of wisdom offered by the male speakers: “It’s OK for a woman to be a woman.”

Miraculously, the 2016 gathering got off the ground without controversy.

As for the November 6th event, SJ Magazine cancelled it in a matter of hours and released the following statement: As a woman-owned business, women’s empowerment has always been a part of our mission statement. We believe it is helpful when everyone is part of the conversation on women’s empowerment and feminism. It was never our intention to offend anyone.

SJ Magazine publisher Marianne Aleardi did not immediately respond to a request for comment.