Get your tickets, kids! 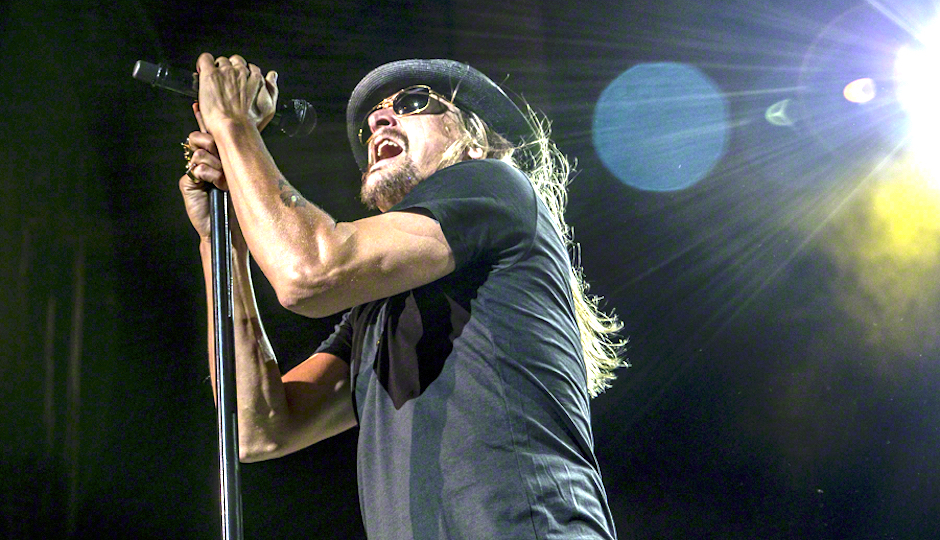 On the same morning that he told Howard Stern that he will not, in fact, be running for U.S. Senate after months of rumors and speculation, racist Trump supporter Kid Rock has announced that he’s coming to Philadelphia.

Though Kid Rock normally plays the BB&T Pavilion in Camden when he comes to the area, his February 23rd show will be held at the much larger Wells Fargo Center in South Philadelphia. It’s part of his “Greatest Show On Earth Tour” in support of Sweet Southern Sugar, which comes out on November 3rd.

Kid Rock got his start in the 1990s as a Detroit rapper. But in more recent years, he’s transformed himself into a full-blown country music star.

For much of his career, he flew a Confederate flag at his shows, finally giving up the practice in 2010. Lately, he’s aligned himself with Donald Trump, and he was photographed with gun nut and music industry veteran Ted Nugent in the Oval Office earlier this year. (Sarah Palin got in the shot, too!) Last year, he released his own line of pro-Trump merchandise.

There was even a pre-election Donald Trump hype video that Kid Rock scored.

Last month, a Detroit Free Press columnist penned an editorial calling Kid Rock both ignorant and racist and pointing to his “crass cultural appropriation of black music” and support of the Confederate flag.

Kid Rock responded to the editorial with a Facebook rant that ended with, “I LOVE BLACK PEOPLE!!”

Tickets for the February show go on sale on November 3rd.