The president of the DRWC on how a series of little victories on the waterfront led to a really big one. 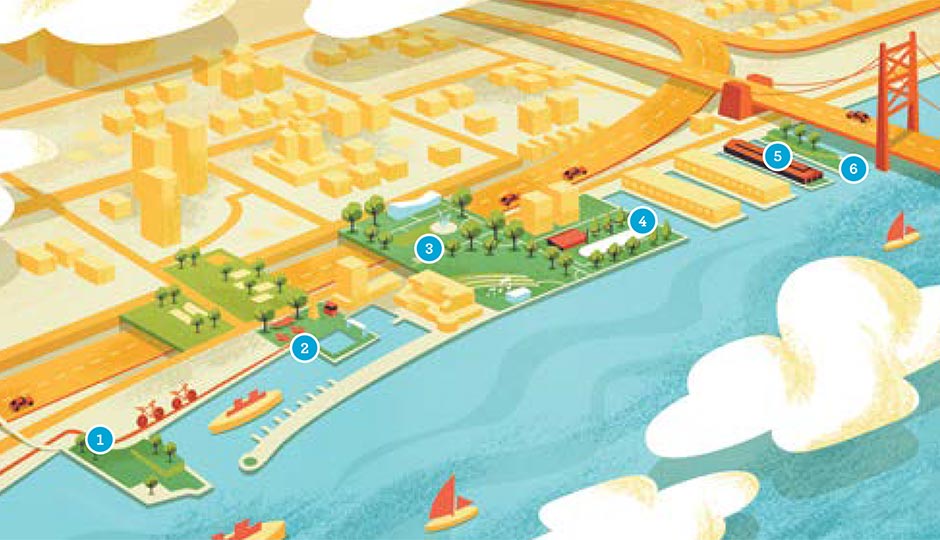 Joseph Forkin started his march toward reuniting Philadelphia with its working river long before he made the leap this summer from COO to president of the Delaware River Waterfront Corporation. His journey includes victories large and small, culminating in work on the grandest prize yet: a cap — and a park! — at Penn’s Landing over I-95. “The success of the smaller projects,” says Forkin, “led to the ability to capture the larger project.” Here, the little triumphs that lead to the big one.

3. Penn’s Landing cap over I-95
Construction to begin: 2020.
Everything the DRWC has learned in one big package, and the first step toward solving the I-95 problem.

4. Blue Cross River Rink Winterfest and Summerfest
Opened: 2013 and 2015, respectively.
On wheels or on blades, it’s fun to skate by the river.

Connector Streets
Started: 2011; work-in-progress.
These projects — at Race and Spring Garden and soon at Columbia, Frankford and Tasker — use lighting and streetscape improvements to make crossing under I-95 friendlier.

Published as “The 100 Most Influential People in Philadelphia” in the November 2017 issue of Philadelphia magazine.