Students held a “Unity Event” after a photo circulated this week of classmates posing with swastika- and KKK-chiseled pumpkins. 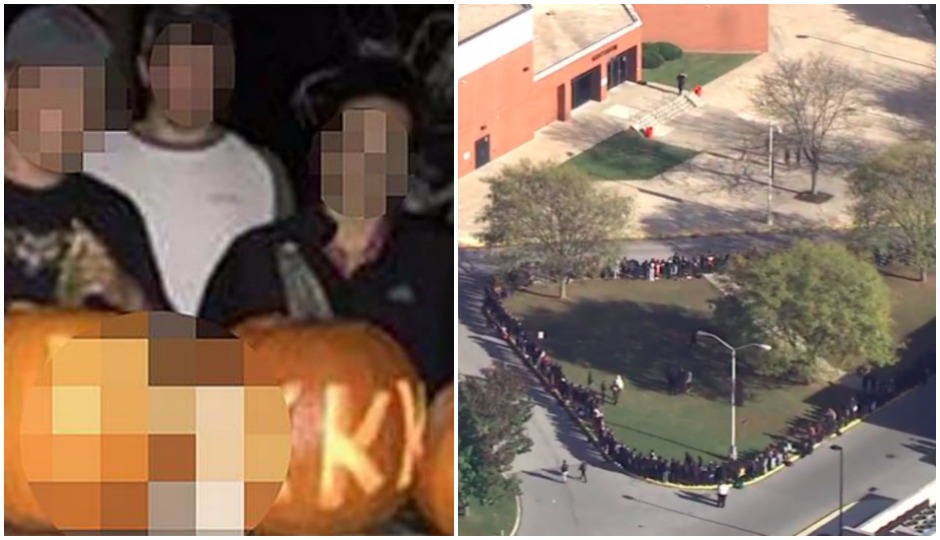 Students at Coatesville Area High School walked out of their classes on Friday to protest a disturbing photo of their classmates posing with swastika- and KKK-carved pumpkins.

The image, which circulated on the internet this week, shows six students posing with pumpkins – one of which features a carved swastika, while another displays the letters “KKK.” The rest of the pumpkins have traditional Halloween-themed carvings.

School principal Michele Snyder told CBS3 that students are calling Friday morning’s demonstration a “Unity Event” and that they “chose to link arms to stand in unity against racism, bigotry, and hatred.”

Snyder said the school is “very proud” of the students who participated.

Coatesville students walk out in protest over racist pumpkin carvings https://t.co/tFu4AZK0MZ via @phillydotcom

The Coatesville Area School District condemned the photo in a statement this week, which it called “reprehensible and intolerable.”

District officials said police are investigating the image and that the parents of the students pictured have been notified. The photo was reportedly taken outside of school property.

The unsettling image comes one week after a black doll was found hanging in one of the school’s locker rooms. The district superintendent told NBC10 last week that the doll was placed as a “prank,” with no intent of racial intimidation.

Following both incidents, the district is partnering with the Pennsylvania Human Relations Commission, the Mid-Atlantic Equity Center, and the NAACP to speak to students about racism.