Officials believe one suspect may be responsible for four recent incidents, including one near the Eastern State Penitentiary. 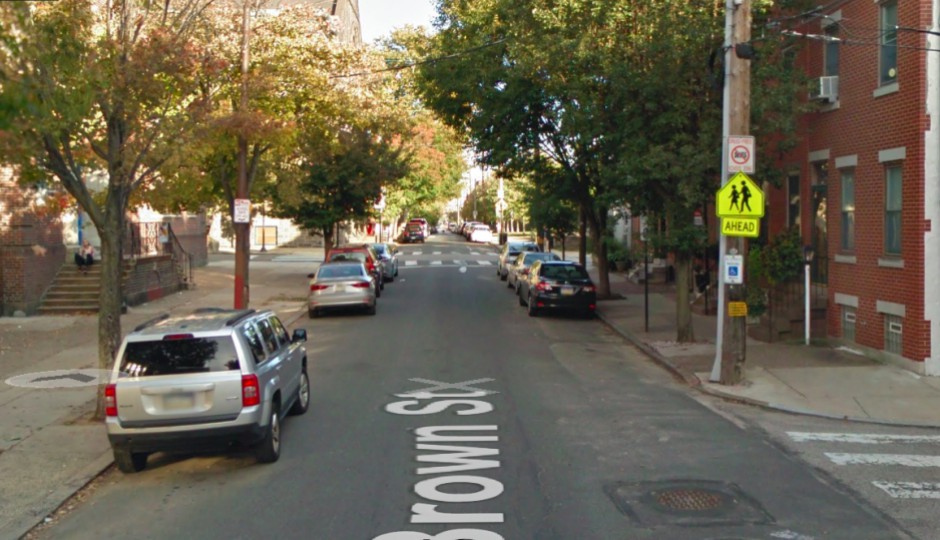 The 2200 block of Brown Street, where an armed robbery was reported on Sunday evening. | Image via Google Maps

Philly police are investigating a recent string of armed robberies in Fairmount.

Residents are worried after four incidents allegedly took place in the neighborhood this week. Police say residents reported two armed robberies on Sunday night, first at 8 p.m. on the 2200 block of Brown Street, then shortly before 9 p.m. on the 2500 block of Poplar Street.

Two additional incidents were reported just after midnight on Tuesday, first on the 800 block of North 25th Street and then on North 27th Street.

Police believe one suspect may be responsible for the four incidents. The assailant in each of the cases was described similarly – a black male in his late 20s to early 30s, with short black hair and facial hair, between 5’9” and 5’10”, with a thin build. Police say he was seen wearing a black hooded sweatshirt and dark jeans and carrying a black handgun.