Caitlan Coleman, Family Freed After Being Held by the Taliban for Five Years

The Pennsylvania woman’s friends are in shock: "I feel like I'm dreaming. I don't even know what to do." 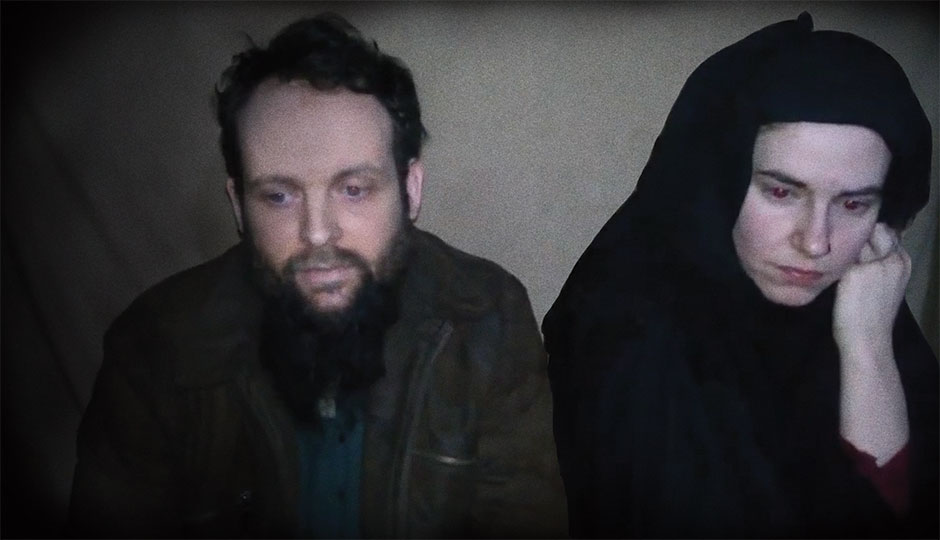 Caitlan Coleman and her husband, Joshua Boyle, in a video released by their captors.

“I read this and started bawling. I’m so happy!”

“I cannot believe this.”

When news broke this morning that Pennsylvania native Caitlan Coleman and her family had been freed from a Taliban affiliate after being held captive for five long years, her friends could barely comprehend it. They called and texted each other in disbelief, in some cases barely bothering to say “Hi” before blurting out the incredible headlines. Some of them didn’t think this day would ever come. At moments, particularly when long periods of time had passed since Coleman’s captors released any video of her, they worried that she might be dead.

But their nightmare appears to finally be over. According to the Associated Press, Coleman, her husband, Joshua Boyle, and their three children, all of whom were born in captivity, have been released. Troops in Pakistan reportedly helped secure their freedom. “Its military said in a statement that U.S. intelligence agencies had been tracking the hostages and discovered they had come into Pakistan on October 11th through its tribal areas bordering Afghanistan,” the AP reported. “‘All hostages were recovered safe and sound and are being repatriated to the country of their origin,’ the military said.”

“Today, our Commonwealth and our country gives thanks that Caitlan Coleman, Josh Boyle and their children have been released from captivity,” said U.S. Sen. Bob Casey in a statement. “This day is also special for Jim and Lyn Coleman who have spent the last five years devoted to the mission of bringing their loved ones home. They have been living any parent’s nightmare, and today they can begin to heal and recover.”

Officials say Coleman and her husband were abducted by the Haqqani network in 2012 during a backpacking trip that had spanned from Kazakhstan to Tajikistan to Afghanistan. They believe the couple was kidnapped near Kabul, Afghanistan’s war-torn capital. Coleman was pregnant at the time, though none of her friends or family members knew that. They only learned afterward, when Coleman’s parents found a sonogram of their grandchild. 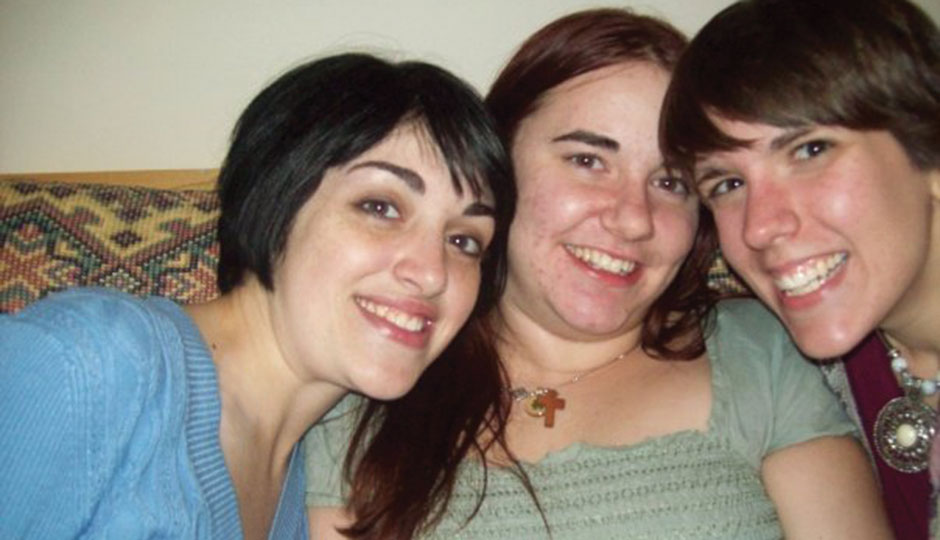 Caitlan Coleman (center) and her friends Lindsay McAdam (L) and Meghan Rogers (R) in 2008. | Photo courtesy of family and friends

Last year, when I reported on Coleman’s gut-wrenching story, I spoke with her longtime friend Meghan Rogers. Like many of Coleman’s loved ones, she told me that she was trapped in a place where she couldn’t mourn for Coleman, but also wasn’t quite sure how much hope she should have: “It’s like she’s dead, but she’s not at all dead. You can’t grieve for her. It almost feels like she’s in a stagnant place, but she’s not. She’s been living her life for the last four years. We just haven’t been a part of it.”

Today, Rogers is in shock. “I feel like I’m dreaming,” she says. “I don’t even know what to do. My hope is for Caity to come home. I know that, realistically, she will need to heal from this and that things will likely never be the same again. But I think home is a great first step.”

Lindsay McAdam, who is also old friends with Coleman, said in 2016 that she had stopped telling outsiders about her ordeal: “People don’t believe you. It happens in TV shows and movies all the time, but it doesn’t happen to you. It doesn’t happen to your friend.” Rogers still feels that way even now: “I’m trying not to tell anyone at work. I have photographic evidence that I know Caity — your story — but it still feels like an unbelievable story.”

Rogers says she called another longtime friend of Coleman’s, Julia Newberger-Johnson, when she heard the news: “[I] don’t even know if I said ‘Hi.’ I just said said they were freed.”

Newberger-Johnson, who has known Coleman since they met as teenagers at Catholic church, says she is ecstatic. “I don’t even know what to say. I am so unbelievably happy they are free and safe. I hope they are able to adjust back to normal life and that I am able to see them again soon.”