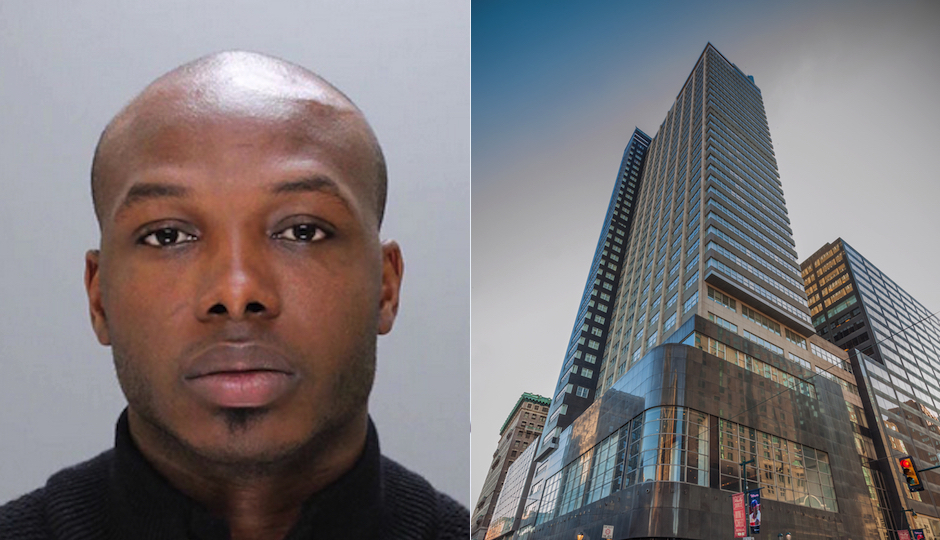 Left: Jerome McNeill in his 2015 Philadelphia Police Department mugshot. Right: The Loews Hotel in Philadelphia, which housed the spa where McNeill worked.

It’s been two years since we first told you about the arrest of former Loews Philadelphia massage therapist Jerome McNeill on charges that he sexually assaulted a woman during a massage at the four-star hotel, and now McNeill has had his day in court.

Before the verdict was read, an angry McNeill confronted a Philly Mag reporter outside the courtroom, claiming that our previous coverage of his case was unfair. “Are you guys going to slander my name again?” he asked the reporter.

McNeill’s victim, an Aramark employee from Texas, had come to Philadelphia in October 2014 for an Aramark event. On October 16th, she visited the since-shuttered 12Fit spa on the fifth-floor of the Loews, where she first encountered McNeill.

According to allegations contained in a lawsuit the victim later filed against the hotel (the lawsuit was settled, reportedly for more than $1 million), McNeill “applied copious amounts of lotion” to her body and “intentionally sexually assaulted” her by “inserting his fingers into her vagina and anus on multiple occasions.” The woman, who testified against McNeill at trial, said that she tried to resist but that McNeill had overpowered her.

“I truly believe that she believes that it happened — but her stories have inconsistencies,” Sokolow told the jury, also raising the fact that the victim was taking medication for depression.

Sokolow also pointed to the lack of DNA evidence in the case. For the more serious charge of aggravated indecent assault to have stuck, the prosecution had to show that some form of penetration had occurred, and the rape kit found none of McNeill’s skin cells inside of the victim.

During the trial, Sokolow also presented former clients of McNeill who testified that nothing untoward had happened during their sessions.

But the Texas woman isn’t the only person who has accused McNeill of sexual assault. 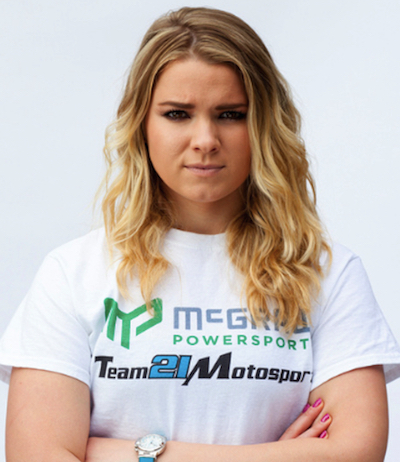 Motorcycle racing star Elena Myers says that McNeill sexually assaulted her during a massage at the Loews spa in September 2014, three weeks before the Texas victim wound up on McNeill’s massage table.

Myers immediately informed management of the alleged assault, but the male managers seemed indifferent to Myers’s accusations, based on emails between the managers that were obtained by Philly Mag. No charges were ever filed against McNeill in that case. Like the Texas woman, Myers sued the hotel, and that case is ongoing.

The Loews, which has not commented for this story or any of our previous reports, has argued in court documents that McNeill wasn’t their responsibility, because the spa was managed by Center City’s popular 12th Street Gym. And the gym has employed the defense that McNeill was an independent contractor. The gym has also tried to argue that although it admittedly did no background check on McNeill prior to hiring him, Pennsylvania law wouldn’t allow them to discriminate against him anyway based on any criminal past they may have found.

Accusations against McNeill predate his time at the Loews.

Prior to his stint at the Center City spa, McNeill worked for Hand & Stone Massage in Haverford. Two months before Myers encountered McNeill at the Loews spa, a client at Hand & Stone accused McNeill of indecent assault. That case went to trial, and a jury acquitted McNeill in late 2016.

The accuser in that Hand & Stone incident testified against McNeill last week, as did two other people who told the court that McNeill had sexually assaulted or inappropriately touched them at that Montgomery County spa. (No charges arose from the latter two alleged incidents.)

Long before McNeill became a licensed massage therapist, he faced charges that he raped a 12-year-old girl. According to the affidavit of probable cause in that 2007 arrest, McNeill allegedly raped the girl three times. But the charges were dropped after a key witness repeatedly didn’t show up for court.

Early in 2014, just months before Myers and the Texas woman would be alone with McNeill during their sessions, he asked a judge to expunge the rape arrest because it “damaged [his] reputation and ability to gain promotions at work.” The judge flatly refused.

McNeill, whose massage license was suspended by Pennsylvania in 2015, remains out on bail and is scheduled to face sentencing in January. The maximum penalty is two years in jail. He could also face registry as a sex offender under Pennsylvania’s Megan’s Law.

“But he’s already served 14 months,” says Sokolow, who also represented McNeill in the Hand & Stone criminal case. “So he could just get time served. All he was convicted of here was touching.”

As for the other allegations against McNeill, Sokolow declined to get into specifics, other than to say that McNeill “has never been convicted of anything else before this.” When we asked Sokolow about the Elena Myers case, he told us, “I don’t even know who Elena Myers is … I have never heard of her before.”

When pressed to explain why several people who had no known connection with each other would accuse the same man of inappropriately touching or sexually assaulting them over a relatively short period of time, Sokolow blamed Philly Mag. “People came out of the woodwork after you wrote about my client,” he said in an interview on Wednesday.

But we pointed out to Sokolow that the first Philly Mag story was published on July 14, 2015, while indisputable evidence clearly shows that at least the one Hand & Stone customer, the Texas woman, and Elena Myers all made accusations against McNeill long before Philly Mag knew anything about it. To that, Sokolow had no reply.

Myers’s attorney David Concannon, who also represented the Texas victim in her civil case, says that he and his clients are generally satisfied with the outcome.

“We are pleased that he will finally be held responsible for some of his actions,” Concannon tells us, adding that Myers would like to see McNeill prosecuted for what she says he did to her. “We look forward to his sentencing.”

Concannon says that he offered to have Myers come and testify in the criminal case but that the Philadelphia District Attorney’s office declined.

“We made the offer for her to travel from her home in Arizona to tell the jury about what happened to her, but the DA’s office felt that it wasn’t necessary,” he explains. “She feels responsible for any subsequent victims. She reported it to the hotel and the hotel didn’t do anything. They didn’t take McNeill out of circulation. I called Elena in 2016 to ask if she would be a witness in the [Texas victim’s civil] case. Her mother answered the phone, and the first words out of her mother’s mouth were, ‘Oh my God. Please tell me he didn’t do it again.'”