The dictionary is considering making it an official word. 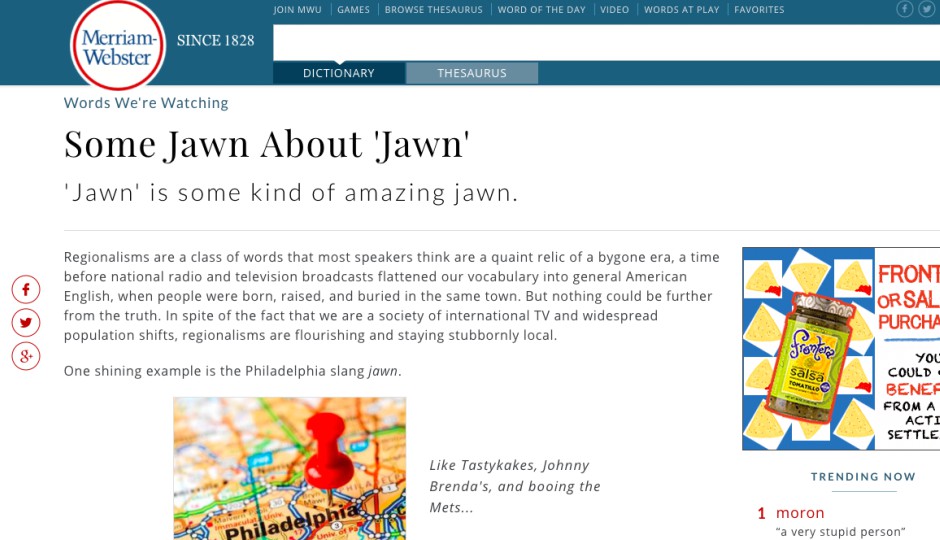 That jawn is not good. | Screenshot via Merriam-Webster.com

After jawn was catapulted into national awareness by the movie Creed and CBS3 did that strange, strange segment on it, some Philadelphians called the word dead. An ESPO mural in Old City even put that jawn on a gravestone.

Hopefuls have said the word can’t be killed. But now we’re not so sure.

Merriam-Webster just wrote a whole thing on jawn, and they might’ve done it to death. I mean, they link to the Fresh Prince of Bel Air theme song, reference Tastykakes, and call jawn “as Philadelphian as Ben Franklin and throwing snowballs at Santa Claus.” 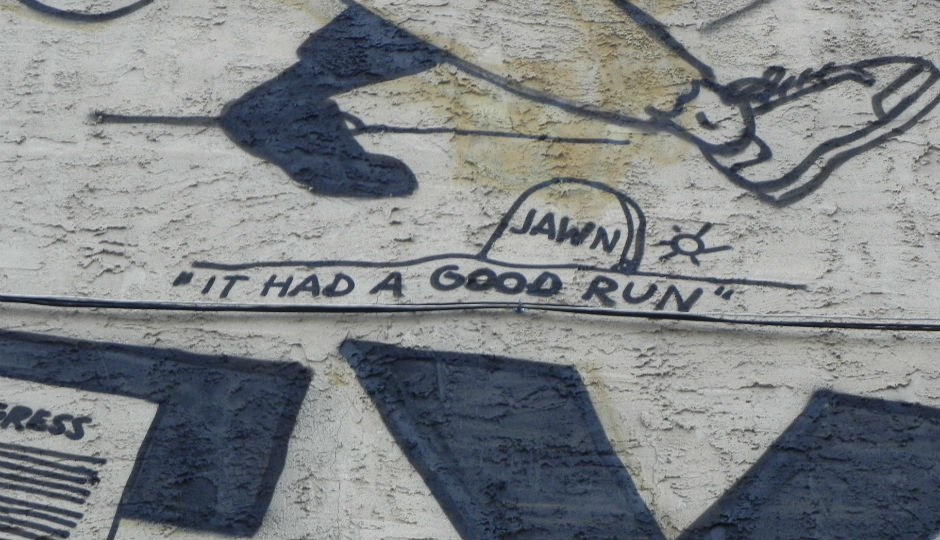 Look, jawn’s mortality is for you decide. We’re not saying people don’t still use it — I recently saw a guy at Devil’s Pool point to a drone and say “Look at that hover-jawn,” and it was a wonderful moment. But the word might be truly endangered when Merriam-Webster compares it to Ben Franklin. (And as for the snowball thing, would everyone just give that jawn a rest already?)

Plus, if that’s not bad enough, Merriam-Webster goes on to say that jawn is “not Philadelphia born and raised” – claiming instead that we owe New York credit. Sure, if you didn’t already know: jawn derives from “joint,” which came to mean a general place/thing via New York’s hip-hop scene (and a pretty fascinating concept known as semantic bleaching). But Philly did create jawn – our weird, almost unplaceable, quasi-Southern tounge morphed that jawn into what it is.

So be warned: Apparently the writers at Merriam-Webster analyzed jawn as part of their “Words We’re Watching” series, which features words that “we are increasingly seeing in use but that have not yet met our criteria for entry.”

And when that happens, that jawn will officially be dead.