Nickels: Hipsters sneer at the garbage miners. But many are making an honest living in a bad economy. 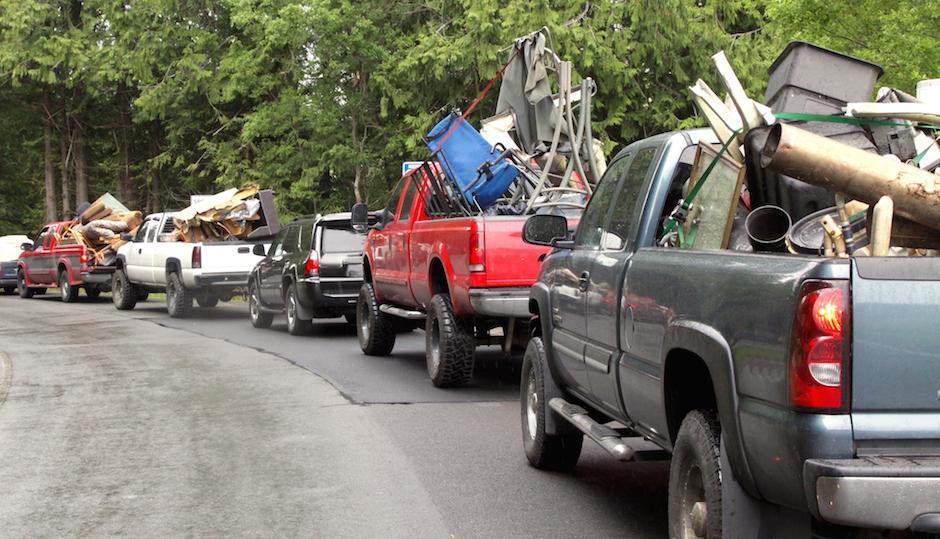 “Did someone catch him doing it? If so did they break his hands? I sure hope so.”

“There are soooo many lately.”

“He’s up too something.”

The “Eyes and Ears of Port Richmond” Facebook page is filled with comments like these: They’re talking about the recent influx of scrappers who canvass the streets for aluminum, brass and stainless steel. Scrappers have become Public Enemy No. 1 in the neighborhood, especially those with two or more shopping carts strung together like small trains. But residents shouldn’t always be so quick to judge.

While not so long ago in Fishtown and Port Richmond the sight of men pushing shopping carts through the streets was a rare occurrence, today it is a burgeoning cottage industry. My Fishtown friend Walt, who is unemployed, is a 28-year old scrapper. He settled into the profession because he couldn’t hold a regular job. He found that if he canvassed neighborhood streets on trash nights, he could make up to $65 a day, depending on what people threw away. Walt is my only scrapper friend, but that doesn’t mean I don’t invite him to parties where there are also accountants, writers and other professionals. Walt cleans up nicely even if he didn’t want me to use his last name for this column.

Recently, a hipster woman on a bicycle saw Walt scrapping and called him an “asshole.” Keep in mind that this hipster knew nothing about Walt nor how he lost his job, how he looked for another job, or how hard he works at something he’d gladly walk away from if he could. What she saw was a dirty, unkempt guy doing something she deemed beneath contempt. No doubt she also pegged him as a thief.

Walt took the insult in stride, although he was quick to use the “b” word as our heroine cycled away into the sunset. After all, as a native Fishtowner, Walt’s seen it all—how, for instance, too many of the area’s gentrifying hipsters won’t even make eye contact with the locals or return a simple “hello.”

“They don’t understand old Fishtown,” Walt said. “They see four neighborhood guys hanging out on a corner and they think violence, drug-dealing or robberies.”

Today, even old-time Fishtowners jump to conclusions when they see men with shopping carts. Walt has been accused of stealing refrigerators, air conditioners, trash cans and even baby carriages. “All you have to do is walk up a street with a shopping cart and some people are all over you,” he said. “It’s instant war.”

Scrapper thieves have ruined it for the good guys among them. Most, if you bother to chat one up, exhibit a kind of scrapper pride when they tell you that they are working for their money “and not out walking in traffic with a cardboard sign, begging.”

This summer, Walt says he’s seen the scrapping industry explode like never before. Just a year ago, he’d find only one or two scrappers during his nightly journeys. Today, he says, there’s just “too much competition.” Some scrappers even tie garbage to their backs like vagabonds making their way from one camp to the next.

The really lucky scrappers are those who don’t have to deal with unsightly shopping carts. These guys, Walt says, have flatbed trucks, and they swoop down onto neighborhoods on trash night and load up everything of value.

Of course, once a scrapper abandons the shopping cart for a truck, he’s immediately upgraded in the mind of residents, for at that point he becomes a bona fide businessman, which means that he gets some … respect.