The former Phillies star got exactly the kind of Philly welcome that he deserves. 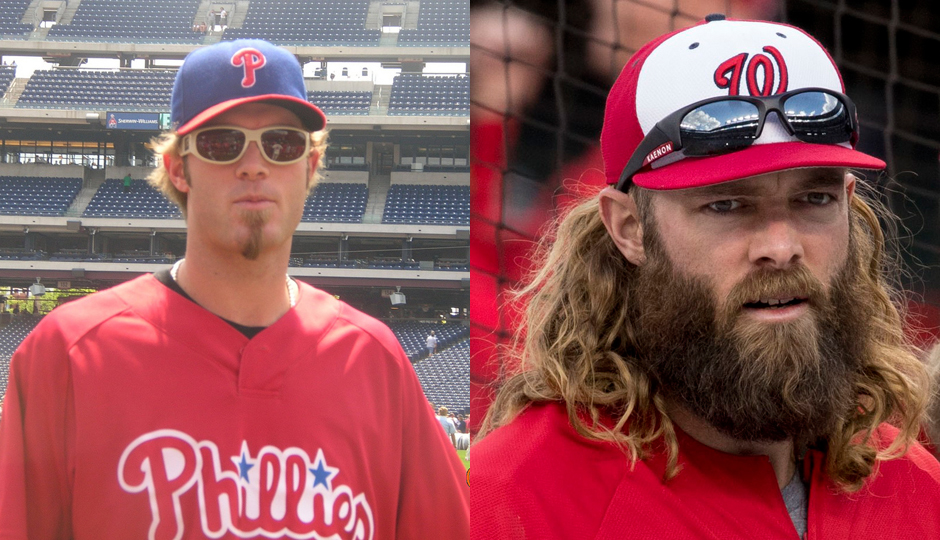 In what would be the perfect ending to a hypothetical trope-filled Philadelphia sports movie along the lines of The Garbage Picking Field Goal Kicking Philadelphia Phenomenon, Washington Nationals outfielder Jayson Werth was booed by the (embarrassingly sparse) crowd at Citizens Bank Park last night as he tipped his batting helmet in a sign of respect to them and the time that he played here.

In maybe his final at bat in Philadelphia, Jayson Werth tips his cap to the Philly fans booing him. pic.twitter.com/mOoULqCZEO

It doesn’t get more Philly than defiantly spitting in the face of someone showing an appreciation for you. But Werth deserves it. He does, I’m sorry. There was a lot of chatter earlier in the season about how Phillies fans should forgive and forget. Stop showering him with taunts of “Werthless” and instead clap for the 2008 World Series champ when he comes back to where his first career took off and blast a few home runs at our expense.

Nope, not the guy who left a perennial playoff-bound Phillies team for their division rival and a boatload of cash when pitcher Cliff Lee would agree to take less money ten days later for a Philadelphia reunion and another shot at the World Series (it pains me writing that now knowing what would go on to happen). In a sports literate town like Philadelphia, fans can clearly see that Werth made a “business” decision while Lee was driven by competition. (Not like he didn’t get paid, either.)

Let’s also not forget that Werth once said it was his personal mission to ensure “those people never walk down Broad Street in celebration again.” Of course he did. As a National, he is now directly competing with the Phillies. That’s why he still deserves boos to this day while guys like Chase Utley and Chooch – who play for meaningless foes – get king’s welcomes.

With Werth a free agent after this season, last night was likely the 38-year-old’s swan song in Philadelphia as a player. Next year is the 10-year anniversary of the 2008 World Series victory, and you can bet on a reunion at the park. Back in red pinstripes, should a likely retired Jayson receive cheers like he did when he had a caterpillar growing on his face?

Plot twist: I actually say yes! Spurning those Washington rags will complete his penance after years of being cast a villain by guys like me, who heckled him constantly out in right field during his post-Phillies career. The real reason Werth became so reviled in Philly was because he was once so loved here. So when that time comes to celebrate our last parade down Broad Street, we can begin to welcome Jayson back into the fold and show him some appreciation back for once. I’ll bring the Hulk hands.