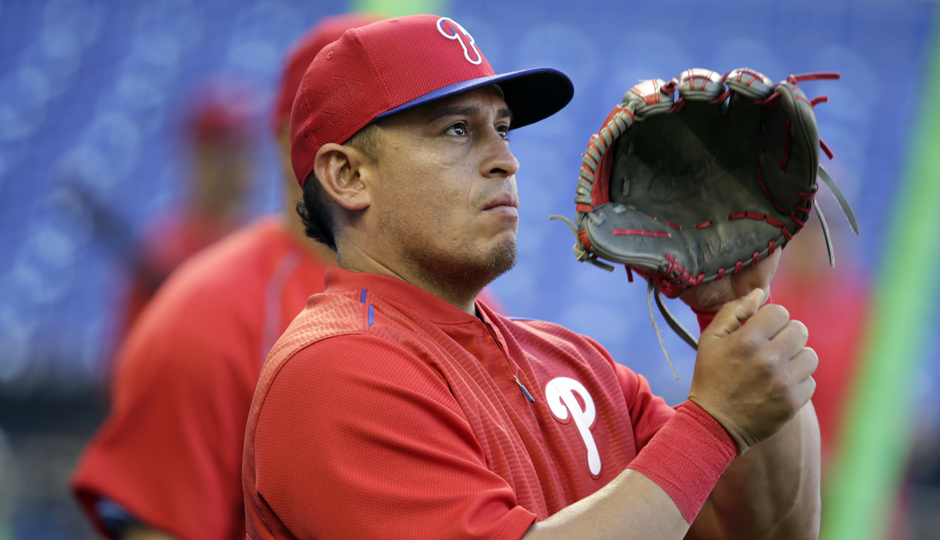 Carlos Ruiz — affectionately known around these parts as “Chooch” — was given the hero’s welcome that he deserved Tuesday night as the longtime Phillies catcher made his return to Citizens Bank Park as a Seattle Mariner following his trade last August.

After attending the Phillies’ baseball academy in the Dominican Republic, the Panama native signed with the team as a second baseman in 1998 for just $8,000. He slowly rose through the minor league ranks and battled through a position change before making his Major League debut in 2006 as a 27-year-old.

Chooch’s career blossomed in Philadelphia, where he played parts of 11 seasons. He hit .353 with 2 home runs and 5 RBIs in two World Series — and, of course, who could forget how he handled our staff of Aces? He was that lovable roly-poly guy who you just wanted to see do well because it would warm your heart.

That kind of love was on display both before the game from Ruiz himself and from the fans in return when he stepped up to the plate, Phil Collins’ “In the Air Tonight” playing him in like always.

Carlos Ruiz says fans ovation tonight will be "special. It is going to be hard for me." Says he cant wait to see fans.#Phillies@CSNPhilly pic.twitter.com/1MF0wHfEtW

As Phillies announcer Tom McCarthy said, you can just see the genuine raw emotion in Ruiz’s eyes. And the amount of times that he said this place was special to him in his pre-game press conference makes us feel … well, special.

Thanks for everything, Carlos! There hasn’t been a more lovable Phillie than you.

Is anything more adorable than this picture of #Chooch and a glove full of kittens? #NationalCatDay #furball pic.twitter.com/twjvvniQLM