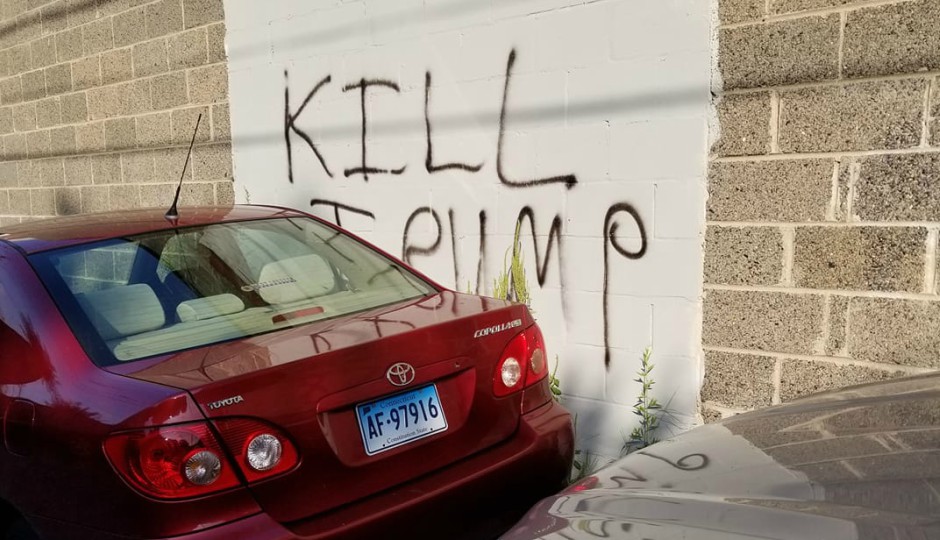 The Philadelphia Police Department’s Homeland Security Unit is investigating after the words “KILL TRUMP” were found spray-painted on a wall in Manayunk.

Police were called to the 100 block of Mallory Street around 1 p.m. on Monday. Neighbors say the anti-Trump vandalism and several anarchist symbols spray-painted nearby were on the block for at least several weeks.

Roxborough resident Elisa Goldman took photos of the vandalism, which she called “unnecessary,” in late August.

“I was kind of flabbergasted,” Goldman said. “I am no supporter of Trump, but I was surprised to see [the graffiti] in this little tiny alleyway of a street. It’s a weird place to see something like that.”

CBS3 reports that the Secret Service may get involved in the case.

Philadelphia Police Capt. Sekou Kinebrew told the news organization that police “take that kind of thing seriously any time a public figure is directly threatened that way. You presume the highest, that it is a credible threat until proven otherwise.”