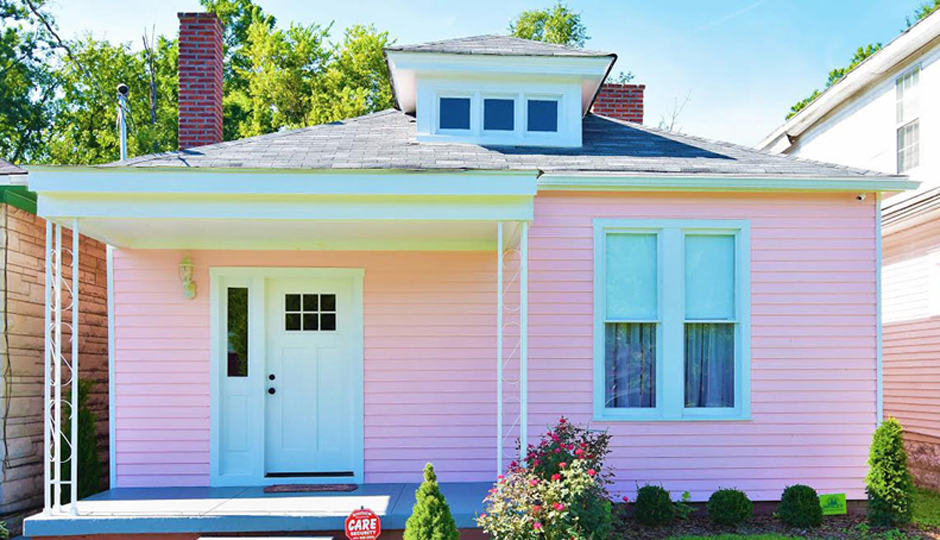 Smokin’ Joe Frazier may have hailed from Philadelphia, but powerful Center City attorney George Bochetto was instead drawn to the pugilist’s chief rival – Muhammad Ali – during the pair’s three epic fights in the 1970s. It wasn’t merely the ferocity of Ali’s combinations throughout the “Thrilla in Manila” or his rope-a-dope knockout of George Foreman in the “Rumble in the Jungle” that captured Bochetto’s fancy. No, it was the boxing champ’s unforgettable persona that made the renowned litigator such a massive fan that he couldn’t resist purchasing an interest in Ali’s childhood home in Louisville, Kentucky several years ago.

“I was sitting at my kitchen counter having a cup of coffee when I read this little squib in the newspaper with a photograph of this broken down, abandoned salt box of a house that said Muhammad Ali’s childhood home is for sale,” Bochetto tells Philly Mag. “I immediately did a double take. Are you kidding me? This was his house! Right from that kitchen counter I made calls to the realtor and ended up buying the place.”

And with that, Bochetto had acquired a 50 percent share of the property where Ali lived as Cassius Clay from 1947 to 1961. The Grand Avenue residence was the home Ali moved into with his family at age four and where he returned after winning the gold medal in the light heavyweight division at the 1960 Rome Olympics. (As urban legend has it, Ali threw that medal into the Ohio River after being denied service in his hometown.) Bochetto and his partner, Las Vegas real estate investor Jared Weiss, vowed to bring the rundown home back to life – complete with its original color.

“My vision was always to turn it into a museum,” Bochetto says of Ali’s house, which has since returned to its distinctive bright pink facade. “What I wanted to do was recreate it exactly the way it was when the Clay family lived there. So I embarked on a number of different projects, worked with a curator and got pictures from neighbors. Inside and out we recreated the house exactly how it was back then.”

Bochetto and Weiss pulled out all of the stops after extensively rehabbing the once-dilapidated structure. The duo obtained antiques and knickknacks owned by the Clay family and even commissioned replicas of the original artwork created by Ali’s father, a commercial sign painter and artist. In July 2016, the Muhammad Ali Childhood Home Museum officially opened, providing patrons with a unique peek into the boxing legend’s young life and educating them on civil rights issues of the time for just eight bucks a pop.

Bochetto says that the project has now encountered financial difficulties after he and Weiss sunk more than $250,000 into the restoration. They temporarily closed the museum earlier this week. The partners have asked the city of Louisville for help, but as Bochetto explains it, those calls for support have fallen on deaf ears.

Bochetto says local politicians and Mayor Greg Fischer (who wasn’t immediately available) – while “very gracious” – just haven’t gotten behind what he considers a “crown jewel” for Louisville. It’s possible that these community leaders don’t want to play ball with a couple of out-of-towners, or it may just be historical or personal reasons for them not wholly supporting the museum, according to Bochetto. Either way, without assistance, a marketing budget propped up by an $8 price of admission is going to leave much to be desired.

Bochetto says that one solution he’s considering is to simply move the house to a city that would appreciate it. Among the cities under consideration is … you guessed it … Philadelphia. Bochetto has spoken to the guys angling to establish a Philly sports museum and he says they’d love to make the Ali home a main attraction.

“We have discussed the possibility of housing the Ali childhood home at The Museum of Sports’ proposed location in the South Philadelphia Sports Complex with Mr. Bochetto,” Lou Scheinfeld, the museum’s CEO, confirmed to Philly Mag. “We are very much interested in preserving and presenting the legacy of Muhammad Ali, especially his historic bouts with Philadelphia’s Joe Frazier. Ali also lived in Overbrook and Cherry Hill and trained in nearby Deerlake, PA.”

The non-profit Museum of Sports, which would celebrate all major sports, is expected to open late next year or early 2019. Imagine the irony of housing Ali’s childhood home several hundred feet from the Frazier statue at XFINITY Live!?

“If Louisville is too dumb to realize the jewel that it has, I’ll move the house to a city that isn’t,” Bochetto insisted.