Shouldn’t the government also regulate the price of a cup of coffee? 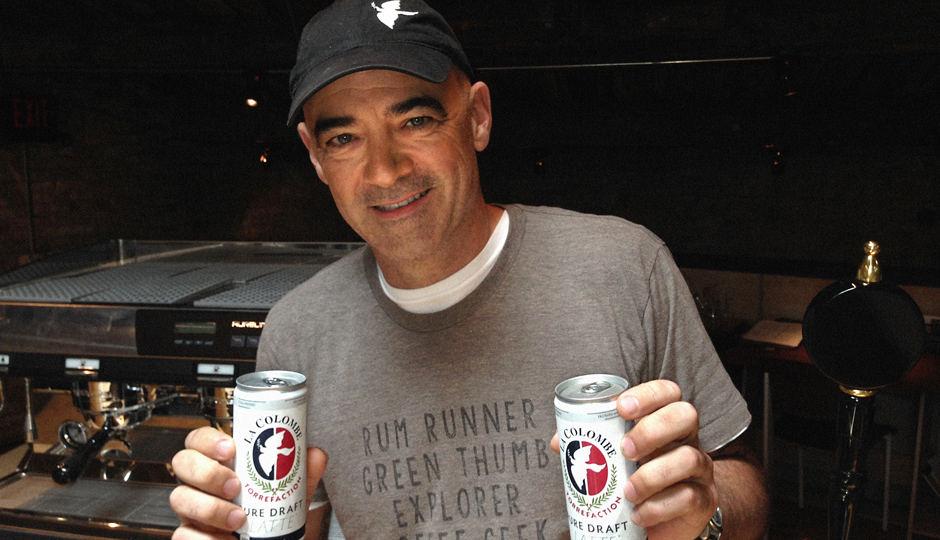 Todd Carmichael wants a $15 per hour minimum wage, and he’s got good reasons.

In an opinion piece he recently wrote on Philly.com, Carmichael – the founder of the popular coffee chain La Colombe – said that paying employees a livable wage is something that employers should do because it’s good for both businesses and employees.

“It doesn’t just make for happier employees, lower turnover, and a better tax base,” he wrote. “It makes for happier customers who are willing to come back. It makes for a better bottom line. That’s how a tiny Philadelphia coffee roaster managed to spread nationally and grow into a $400 million market cap: by keeping people first.”

He’s right. But why stop there?

I’m a huge fan of La Colombe. Their coffee is delicious. But I don’t go there as much as much as I’d like.

Their location on 19th street is always so crowded that waiting for a coffee takes too long. The store itself is very claustrophobic. There’s no WiFi. Also, the prices are much higher than the same cup of coffee of similar quality that I could get at any number of places within a two-minute radius.

I don’t argue with Carmichael’s success – but c’mon…there’s definitely room for improvement.

So why stop with minimum wage? If Carmichael is asking the Department of Labor to get more involved in our businesses, then I propose that the Department of Commerce takes a closer look at Carmichael’s business and how La Colombe hurts the hard-working middle class.

My suggestions: the price of a cup of coffee should be nationally capped at $2 per cup – and anyone proving that they have an income under the poverty line should drink for free. All businesses should be fined $50 for every person over three who’s waiting in line. All coffee shops like La Colombe should be required by law to offer Wi-Fi. Businesses located in a city must stay open until 10pm seven days a week.

These suggestions, like a $15 minimum wage, should be law.

Of course, Carmichael would oppose this. And well he should. Why should the government be allowed to dictate how he runs his business?

I’ll tell you why.

Lowering the cost of coffee – like raising the minimum wage – would hurt his profits. But the extra cash could be used by his customers to support their families. Waiting in excessive lines takes customers away from doing other important things like spending time with their loved ones. It makes them late to their jobs. Not offering WiFi hurts customers’ productivity. And not staying open late not only provides less income for his employees but fewer opportunities for customers to enhance their lives with a delicious La Colombe coffee.

Crazy, right? But if Carmichael opposes my suggestions for ways that the government can get more involved in how he – and I – run our businesses, then how come he’s OK with letting Washington dictate how much he and I should pay our employees?

Let’s put aside the economic argument for raising the minimum wage, or the recent research showing how Seattle’s $15 minimum wage is actually contributing to less employment.

Let’s not dwell on how an increased minimum wage will only push employers to replace workers with automation as I’ve written here, and here.

Carmichael is right when he says “unless you pay your employees a non-predatory living wage that keeps people and their families above the poverty line, you don’t deserve to be in business. And you certainly don’t deserve a tax break for creating predatory-pay ‘jobs.'”

Good companies like La Colombe know that their greatest asset is their people and – particularly in this era of tight employment – crafting competitive compensation and benefits plans is necessary to attract and retain the best talent possible.

But what about employees?

You all have a responsibility too. You’re in a marketplace and you need to better understand your value. You have a responsibility to yourself and your family to acquire more skills. You need to have the confidence to know that good employers like La Colombe need you way more than you need them. Especially now. So step up. Ask for a higher wage. Negotiate an increase in six months, assuming good work is demonstrated. Request more paid time off. Or…just walk down the street to any of the many stores I see in Center City with help-wanted signs until you find an employer who appreciates your value. Trust me…a good employee nowadays is like gold.

Let’s all be grownups here. Employees need to step up and recognized their value. And employers should pay a fair wage. However, I have no interest in the government getting involved in my compensation decisions any more than Carmichael wants the government to dictate his pricing, Wi-Fi policy or store management.  In the end, the market should decide.