A single victim was hospitalized. 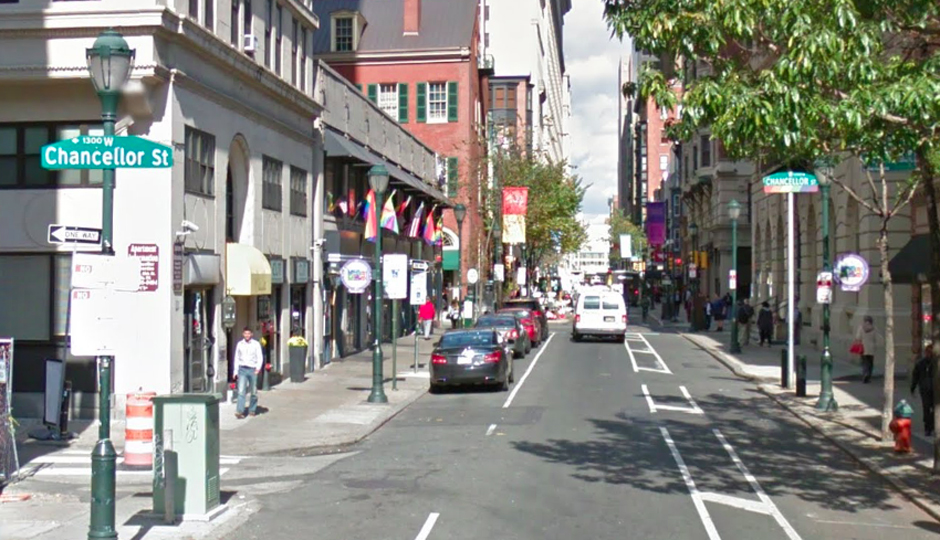 Police are searching for an unidentified gunman who opened fire on a car near 13th and Chancellor streets on early Sunday morning and then evaded arrest by ducking into a nearby PATCO station, where he slipped pursuing officers.

Officer Troy Brown tells Philly Mag that officers were on patrol in the area near the 1300 block of Locust Street when they heard several gunshots in the vicinity just before 3 a.m. Police chased the shooter into the underground station, but he ultimately managed to escape. NBC10 reports the suspect was somehow wounded in the process and he left a trail of blood behind him.

According to the network, a single victim was treated at Albert Einstein Medical Center after shards of glass from his vehicle made their way into his eyes. The man told police that he was sitting in his car when shots rang out and bullets began striking his vehicle. It’s unclear at this time how many shots were fired.

Brown says police have no motive for the shooting and no arrests have been made. The suspect is a black male with a medium build that’s approximately 5’10’’ to 6’00’’ tall. He was wearing a dark colored shirt, jeans and white sneakers at the time of the shooting. The case remains under investigation by the Central Detective Division.