Alas, he did not fulfill a lifelong dream to see the Rocky statue. 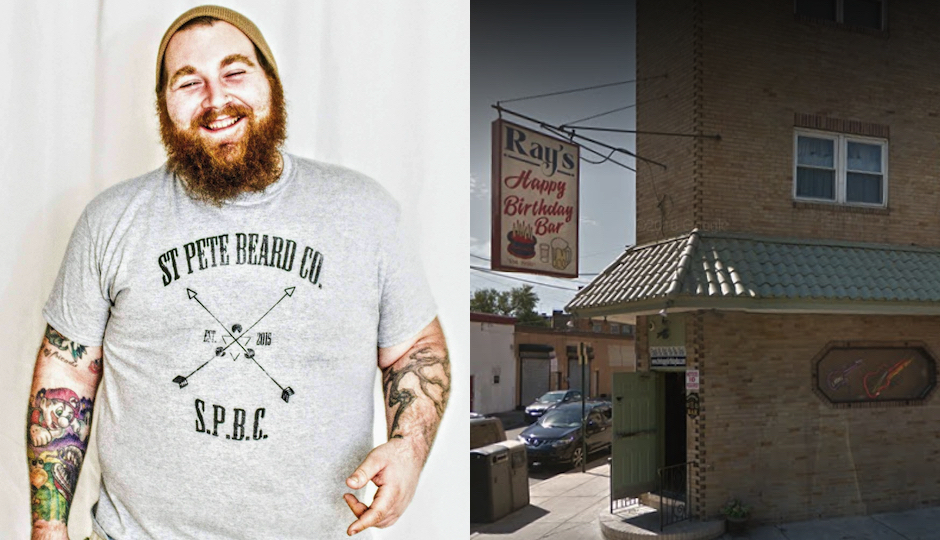 Scott Cannariato wasn’t planning on taking any vacations anytime soon, but that all changed as he watched the Hurricane Irma coverage on TV two weeks ago.

Scannariato lives in an apartment complex in St. Petersburg, just over the Howard Franklin Bridge from Tampa, and as the week wore on, things were looking worse and worse for the Tampa Bay Area.

“Everybody was watching hardcore as Irma was inching west every single day,” remembers Scannariato, a 26-year-old customer service agent for an insurance company. “The stress level was starting to rise, and that Thursday, I sent an email to my manager, saying we were leaving town on Saturday.”

But then Scannariato’s mom, Anna, who also lives in St. Petersburg, called him and said, “Nope … we’re leaving on Friday morning. Be ready.” So, Scannariato and his dog, a Corgi-Beagle mix named Kosh, loaded into his Camry, while his mom followed along in her Passat. 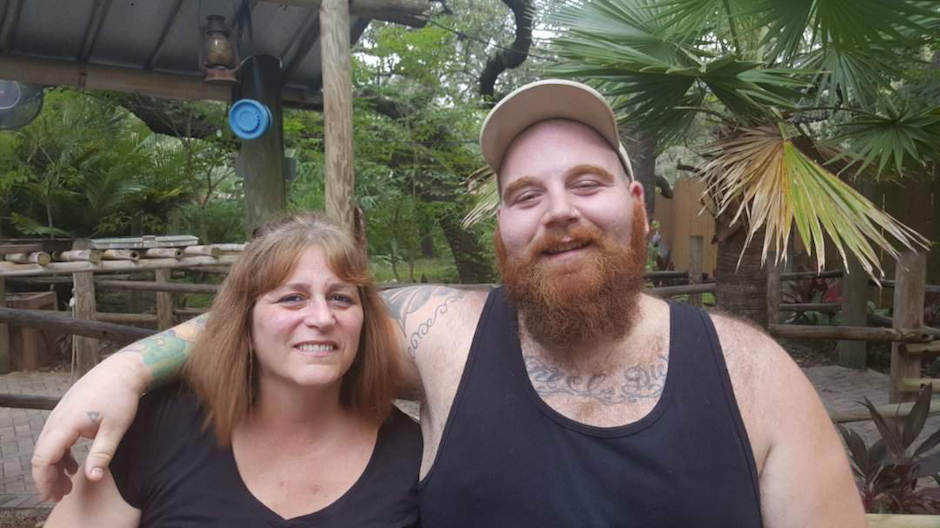 They left St. Petersburg for his aunt’s house in Springfield, Delaware County on Friday, September 8th at 4 a.m., unsure if they’d have anything to come home to. They used walkie talkies to stay in touch with each other and stopped once at a motel for a quick snooze. 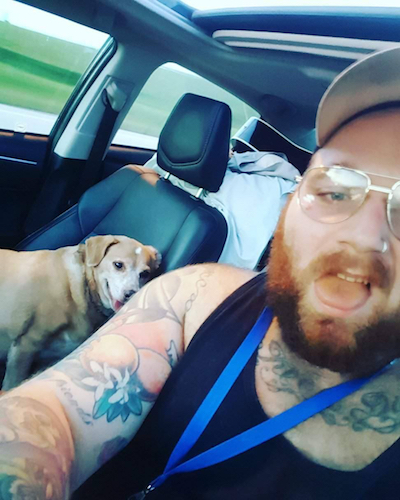 Scott Cannariato and Kosh on his St. Petersburg to Philly drive during Hurricane Irma.

“This drive would normally take us 16 hours flat,” he observes. “We almost did it in fifteen one year. But this time, it was 31 hours of driving. Just from St. Petersburg to the top of Georgia should take us six hours. It took us thirteen.”

Shortly after landing at his aunt’s house last Saturday, Cannariato realized friends of his from St. Petersburg had also fled to the area, staying in Elkins Park. So they made plans to do some sightseeing: the Liberty Bell, South Street, the Rocky Statue, the Italian Market. They agreed to meet in South Philly near Pat’s and Geno’s. His friends wound up running a little late, and Cannariato really had to use a bathroom.

“I figured that in Philly, they probably won’t just let you use a bathroom,” says Cannariato. “I figured I’d have to buy something.”

He was standing outside of Ray’s Happy Birthday Bar, so he walked in, bought a Yuengling (the second largest brewer in the entire state of Florida), and then quickly found a urinal. He expected to just sit there on his cell phone, the way most people do these days, but that’s not what happened.

“The bartender, John, started talking to me and urged me to come hang out with others,” says Cannariato. “I couldn’t believe how nice and friendly everyone was at this random dive bar. The staff was amazing and patrons were even cooler.”

Cannariato and his friends eventually left for their sightseeing trip, making it to DiBruno’s for some mozzarella balls, the Reading Terminal for a Spataro’s cheesesteak, and the Liberty Bell, among other stops. But they never made it to the Art Museum to see the Rocky statue, which had been a lifelong dream.

“We were just way too tired,” says Cannariato. “So we Ubered back to South Philly.”

But instead of heading back to his aunt’s house in Delco, Cannariato had to make one quick stop. He had to go back to Ray’s Happy Birthday Bar.

It may seem like a small thing: Guy Has Nice Time at Local Bar. Story at 11. But to someone who has no idea whether he still has a home, small acts of kindness and the most basic level of friendliness and human connection can mean a lot.

“They made me feel so completely at home,” he points out. “I was wandering around looking like someone who doesn’t belong, I was worried about what was happening with the storm, and they really made a difference. You don’t get that too many times in any bar, let alone in a dive bar.”

As for his home in St. Petersburg, Cannariato says it was largely spared, relative to some of other cities, although some of his friends there are still without power. He’s planning on heading back this weekend.

“There’s a story that hundreds of years ago, the Seminole Indian tribe blessed our area, which is why we’ve never been hit dead on by a major storm,” Cannariato tells Philly Mag. “And let me tell you: This storm proves that, in my opinion. At the last second, the storm goes from category four to category one and does nearly nothing to us.”