Parents have been "attacking me personally," says the man behind the Bucks County camp, who promises that everyone will get every cent they are owed. 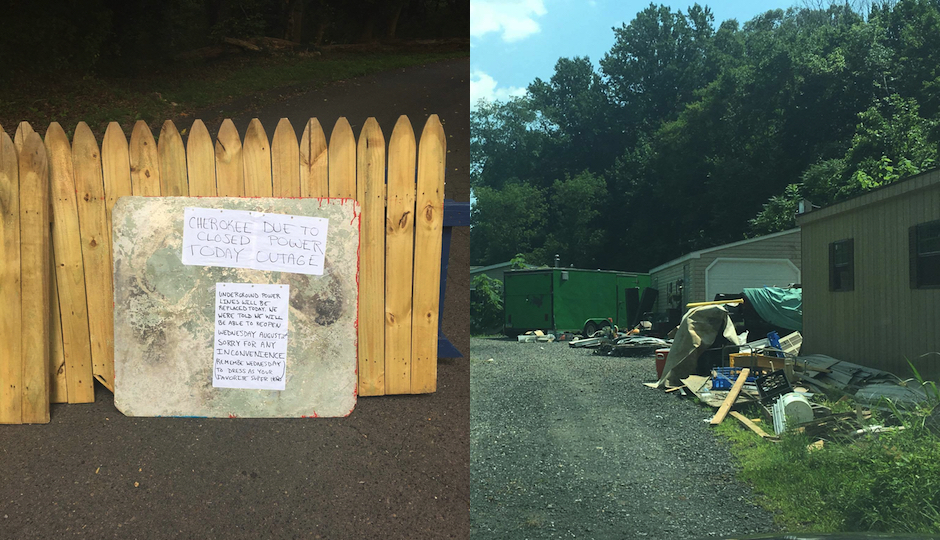 If you call the number for Cherokee Day Camp in Bensalem, a voice recording touts it as the “finest day camp” in all of Bucks County. And over on the camp’s Facebook page, the top pinned post is a video of Fox 29’s Bob Kelly hanging out with kids there in July. But these days, Cherokee Day Camp in no more, and a lot of people are out a lot of money.

The camp stopped operating in late July, originally citing power issues. But by the beginning of August, things became a bit clearer when Cherokee Day Camp went up for sheriff’s sale. The camp property, which is located on Declaration Drive along Neshaminy Creek, is now owned by Doylestown’s Monument Bank.

Earlier in the summer, some parents pulled their kids out of Cherokee over conditions at the camp, with allegations that camp management had been cutting corners. They demanded refunds, though the parents we talked to say they still haven’t been paid.

“The place had really been going downhill for a couple of years,” says Natalie Feldman, who pulled her kids out of Cherokee in June. “It was dirty and there were serious staffing issues, like young kids playing unsupervised on a giant rock-climbing wall.”

Feldman says she had paid Cherokee $3,900 for the summer and that when she tried to get a refund, all she got was the runaround and, eventually, $200. She claims she’s still owed $3,700.

And parents who stuck with the camp until the end had to find new arrangements for their kids when it suddenly shut down. They, too, are out money.

Cherokee is also on the hook for outstanding paychecks. Local resident Ellis Luboff tells Philly Mag that his daughter, an incoming senior at Masterman, is owed $937 for her work as a junior counselor this summer.

Luboff says that his daughter left the camp after older staffers quit and she was allegedly left to attend to large groups of young children by herself. After he showed up with her at the camp to get her paid, he says that camp operator Mark Wilson did give her some of what she was owed.

“I had been trying to get her what she was owed for weeks,” Luboff explains. “Finally, I showed up and told him, ‘You’ve jerked me around for the last time.’”

One parent who says she’s still owed money snapped the above photos of the grounds of the camp when she went to try to get money in July.

Then there are also two legal judgments against Wilson obtained by Cherokee Day Camp parents in 2017. One claimed that she filed her lawsuit against Wilson after he said he would make good on money owed to her but never did. The other says he just never bothered to respond to her requests for a refund.

We reached Wilson by phone on Tuesday morning. He says he’s sorry for the “disappointing summer” but points out that “it was another injury-free season at Cherokee.” He declined to discuss specific monetary claims and judgments against him and the camp but admits that the camp owes thousands of dollars in refunds to parents and payroll.

“It was a perfect storm,” Wilson told us when we asked him what had happened at Cherokee, which has been a fixture in Bensalem for several decades. Wilson points to mounting business debt and unexpected repairs as two of the major causes. He also claims that someone connected to the camp had been pocketing large quantities of cash — tens of thousands of dollars, according to Wilson — but wouldn’t name the individual.

“But I’m accepting responsibility,” Wilson insists. “But some of these parents are out to get me. They’ve been attacking me personally.”

Last week, after a crowdfunding campaign trying to raise $975,000 for the camp appeared in Wilson’s name on the popular website GoFundMe, parents jumped all over it and Wilson. But Wilson says that it was a fraudulent account created in his name to embarrass him and get him into trouble. The campaign has since been removed.

While the parents are blaming Wilson, Barry Rich says that Wilson has done nothing wrong. Rich owned and operated Cherokee Day Camp for more than 30 years, selling it close to a decade ago. But he’s remained involved with the camp over the years, just because he loves it so much, he says.

“Mark was excellent at what he did there at Cherokee, the best,” says Rich. “But he wound up being smothered by incredible amounts of money owed, in my opinion. But he’s extraordinarily honest and sincere.”

“I promise you that I am going to make this right,” says Wilson. “I’m going to pay every penny back. It might take me a few months, but I’m going to do it.”

We asked Wilson how he planned to make good considering that the camp is now closed, and he says he has no other source of income.