An animal advocacy group is already protesting the hiring of the polarizing former Eagles quarterback. 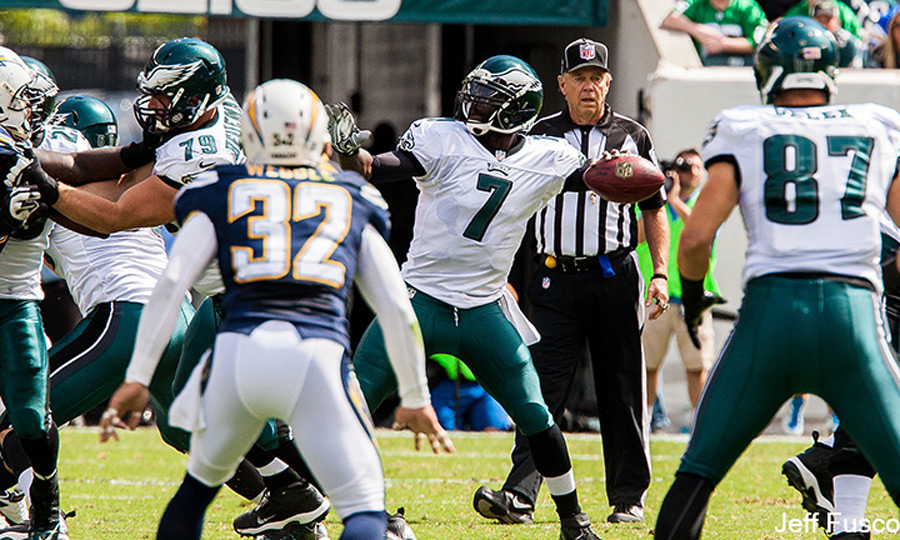 After spending the summer working as a coaching intern under former Eagles boss Andy Reid in Kansas City, Michael Vick has joined a new team.

The polarizing former Birds quarterback admitted to ESPN Insider Adam Schefter that he would love to coach in the NFL one day, but you won’t find the 2010 Comeback Player of the Year back on the sidelines this season. Instead, Vick – who famously spent 18 months in a federal prison after pleading guilty to dogfighting charges in 2007 – will be in the FOX Sports studio providing NFL analysis from a former player’s perspective.

“Michael will be a huge addition to both FOX NFL Kickoff and our FS1 studio shows,” John Entz, FOX Sports’ President of Production and Executive Producer, said in a release. “He was obviously an outstanding player but we feel he has an incredibly bright future as an analyst. He has stayed close to the game and has many relationships with today’s current coaches and players. We feel he can bring a truly unique perspective that intrigues and engages our viewers.”

“It truly is a blessing to continue to be involved each and every Sunday during the NFL season and have a platform to speak about the game I love,” Vick said. “And to hop on and contribute to several of the FS1 studio shows and reunite with several former competitors during the week is icing on the cake.”

Predictably, some aren’t too pleased with the network’s decision to hire the former kingpin of Bad Newz Kennels, despite his atonement after all these years. Advocacy group Rally for Animals has obtained more than 35,000 signatures on its petition to sack Vick.