Hillary Clinton to Bring “What Happened” Tour to Philly

She'll stop at the Academy of Music on November 30th. 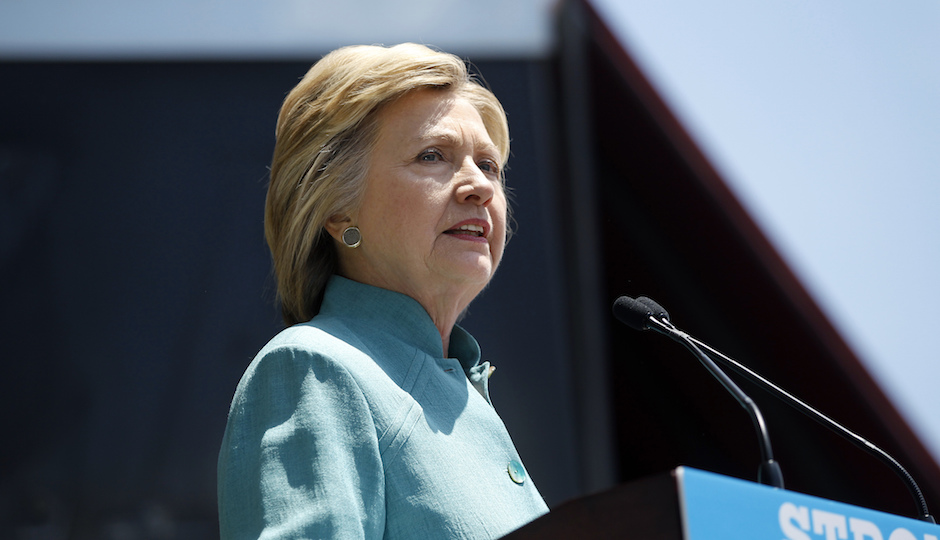 Hillary Clinton is coming back to Philly.

Clinton will stop in Philly as part of a release tour for her forthcoming memoir, “What Happened.”

The memoir, her “most personal” yet, recounts the unprecedented 2016 election from her perspective. Per a press release for tour:

“For the first time, Hillary Clinton reveals what she was thinking and feeling during one of the most controversial and unpredictable presidential elections in history. Now free from the constraints of running, Hillary takes you inside the intense personal experience of becoming the first woman nominated for president in an election marked by rage, sexism, exhilarating highs and infuriating lows, stranger-than-fiction twists, Russian interference, and an opponent who broke all the rules.

She describes what it was like to run against Donald Trump, the mistakes she made, how she has coped with a shocking and devastating loss, and how she found the strength to pick herself back up afterwards. With humor and candor, she tells readers what it took to get back on her feet—the rituals, relationships, and reading that got her through, and what the experience has taught her about life. She speaks about the challenges of being a strong woman in the public eye, the criticism over her voice, age, and appearance, and the double standard confronting women in politics.”

Clinton’s tour will stop at the Academy of Music on November 30th. Tickets go on sale on September 18th. Those interested in pre-sale tickets, which will become available on September 6th, can register here.

“What Happened,” published by Simon & Schuster, will be released on September 12th. Those interested can pre-order the book, which costs $30, at hillaryclintonmemoir.com.