The Philly comedian and diehard Birds fan dropped by Rams training camp and strapped on a helmet. 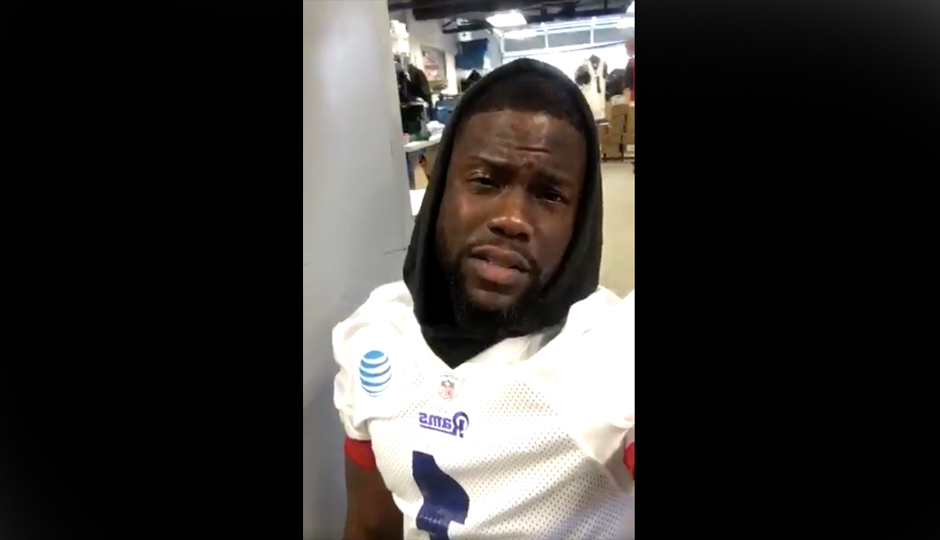 After three Pro Bowl seasons in midnight green, Eagles fans have gotten used to the sight of watching miniature running back Darren Sproles receiving punts on Sundays (likely taking them to the house for a touchdown). Now what if we inserted diminutive Philly comedian Kevin Hart into the lineup?

We wouldn’t be sacrificing much on height in this wildly hypothetical scenario –
Sproles is listed at five-foot-six while Hart reportedly stands at about 5 feet 4 inches. But talent? Now that’s where we see the folly in this exercise.

Hart… simply sucks at football. Check out the goofy George Washington High grad when he strapped on a helmet and joined the Los Angeles Rams at training camp earlier on Thursday:

Can’t catch for shit but I’ll tell you what though, Hart’s size would make him the perfect tackling dummy! Which is maybe something we want to consider with how this Birds fan went so far as to wear another team’s colors… I kid, of course. Kevin, like any good Philly native, always makes an effort to let everybody know where he comes from: