The deceased was a fellow Super Bowl-less sufferer. 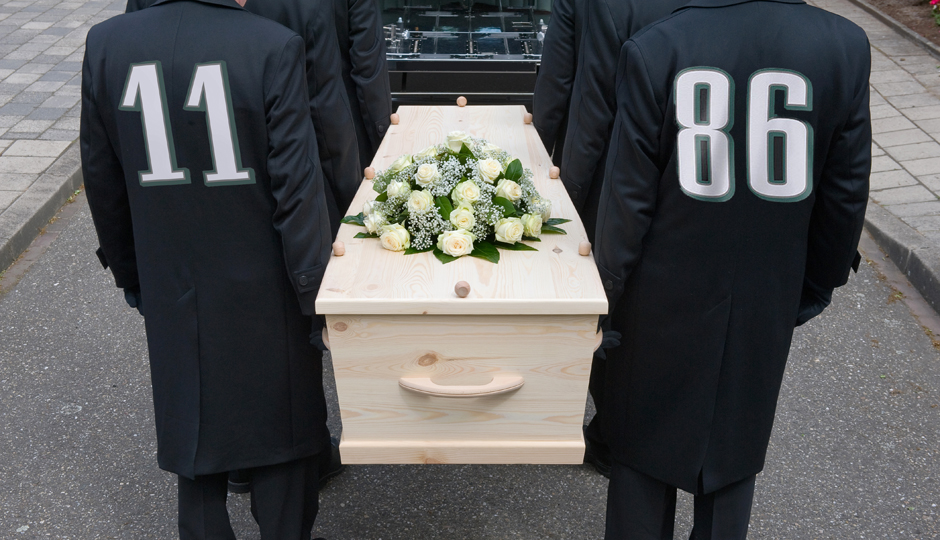 In true bleeding-green fashion, a hysterical obituary for an Atlantic City man – who sadly passed away last week at age 56 after battling cancer – includes one final parting shot at the Eagles for coming up short so many times.

The memorial to Jeffrey Clayton Riegel, who died Aug. 18 “on a not so beautiful golfing day,” says that the husband and uncle’s final request was that eight members of the team attend his funeral and serve as pallbearers so “the Eagles can let him down one last time.”

That is absolutely amazing. Birds fan to the death, literally. Salute to Mr. Riegel, a true 700 Level diehard with just the right amount of comedic pessimism.

Apologies to the Riegel family, but I think I might have to steal this move for my own funeral. It’s either buried by Eagles players or set me up in a bar like that one Steelers fan with a Budweiser in my hand and the Pickle Juice Game on the TV. Don’t forget to give me a high-five when Duce goes for over 200 yards!