Cheapskates Outraged by the Franklin Institute

Instagram commenters were pissed when they ran out of the giveaway they wanted: free solar eclipse viewers. 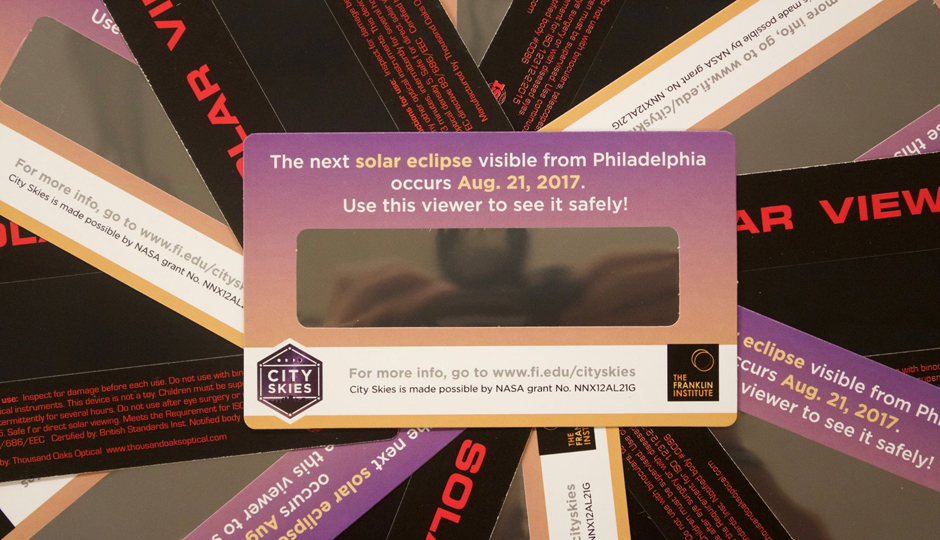 Photo courtesy of the Franklin Institute.

The Franklin Institute ran a little social media scavenger hunt promotion on Thursday morning with a prize that seemingly the entire city was clamoring to get its hands on: free solar eclipse viewers.

But after a shipment of the goods reportedly didn’t arrive on time, the Franklin ran out of viewers quickly and people were pissed. Feeling cheated, salty eclipse fans took to Instagram to let the museum know that they didn’t appreciate being given the runaround: 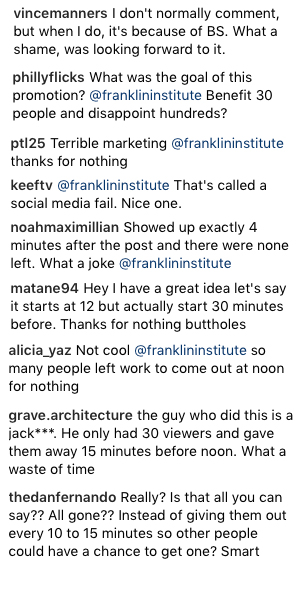 What are these people crying about? They were giving away a free piece of paper the size of a baseball card with a little film component. You literally can make an eclipse viewer yourself or you could just, you know, show up to the Franklin’s watch party on Monday…

Also – nobody who left work in an attempt to get a viewer truly came away empty-handed, either. Your little trip to Sister Cities park was still on the clock, I assume? Was this bait-and-switch a little annoying? Yes. Was it enough to call someone a butthole? You’re probably being a little dramatic now.

The eclipse will be visible across the entire United States on Monday afternoon through early evening, the first total eclipse here since 1918 and the first time any eclipse was seen in the U.S. since ’79.

Are you in #Philadelphia for the solar eclipse? We don't want you to miss it! pic.twitter.com/EErxCDY1UA