The team will hold an inaugural tattooing event with Bonedaddys Tattoo on August 21st. 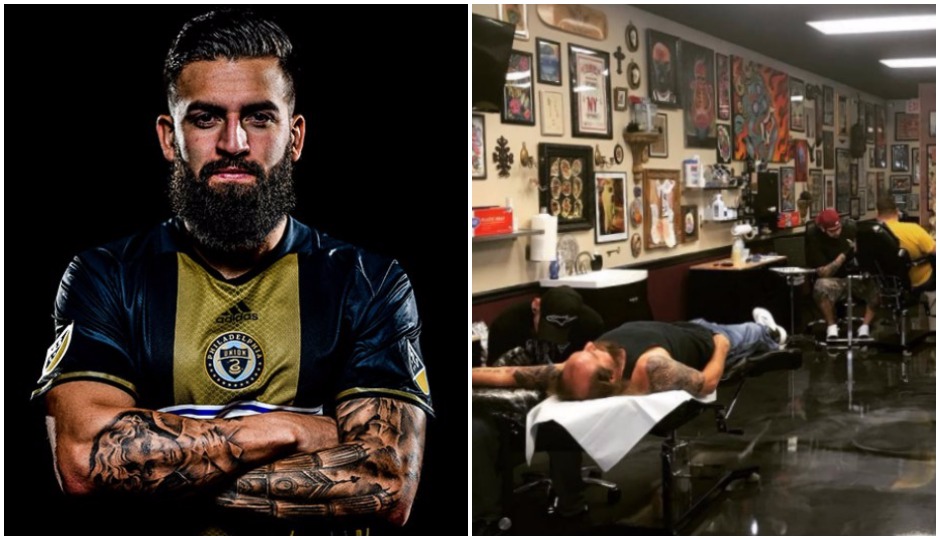 Back in February, we told you the Philadelphia Union was in the market for a team tattoo artist.

Why, you ask? Because many of the players have tattoos. And because Bucks County-native Doug Vosik, the team’s VP of marketing, figured having a “chief tattoo artist” could bring them together.

After a months-long search that included combing through more than 135 applications, the Union announced that Bonedaddys Tattoo will become the team’s first official tattoo artist. Players and fans will be referred to the Aston-based shop for both Union and non-Union-related tattoos.

It's inked, Bonedaddys Tattoo and Dan Czar will fill the role of our CTO.

“We’re proud to hire [Bonedaddys Tattoo] as our CTO and look forward to a fruitful partnership,” Vosik said in a news release posted to the team’s website.

Jaay Cunliffe, the owner of Bonedaddys, has been tattooing for more than 14 years. He opened the shop in 2010.

The Union will also hire Dan Czar, who’s tattooed in Atlantic City for three years. Czar will serve as a special guest at Bonedaddys.

Proud to announce that I will be teaming up with @bonedaddystattoo to serve as the new Chief Tattoo Officer of the @philaunion ! ———————————————————-Link to the video and article in my bio!

The Union will hold an inaugural tattooing event at 2 p.m. on August 21st at Bonedaddys, where Vosik, Union defender Richie Marquez and Corey Furlan of Union fan group Sons of Ben will get tattooed simultaneously.