Does this pledge roll over, or do we have to win it all this year? 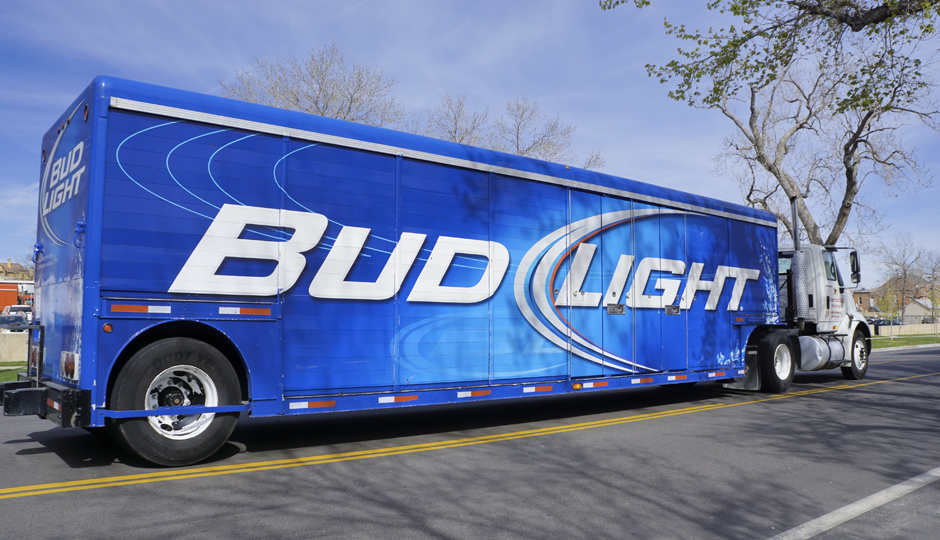 Eagles offensive tackle Lane Johnson seems like a pretty self-aware dude. He let down the team last year when he tested positive for a banned substance (his second offense) and was suspended 10 games, a fact he himself offered to reporters following his return.

Lane knows that he owes us one, and he’s dying to bring the Lombardi Trophy to Philadelphia.

“I have a lot to prove to this city,” Johnson said after the team’s open practice at the Linc on Sunday. “I think if we have a few big years and make the playoffs, if we win a Super Bowl, I’m giving out beer to everybody.”

Did he just say free beer for everybody after a potential Super Bowl victory? I couldn’t think of a better way to celebrate myself.

But as ESPN’s Tim McManus points out:

According to the 2016 census, the city of Philadelphia has a population of around 1.5 million. Of that number, roughly 75 percent are adults. If he bought a drink for every of-age man and woman in Philly at $3 a pop, he’d ring up a bar bill of around $3 million.

That’s a lot of cash! Luckily for Johnson, Bud Light stepped in and offered to pick up the tab for what will only be the most raucous party in Philadelphia history.

.@LaneJohnson65 Let's make a bet. Win it all and the party is on us. Deal? https://t.co/syd5WHfsvo 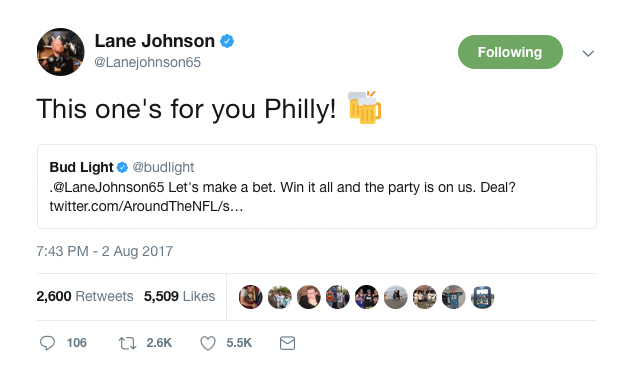 My only question: Does this pledge roll over like cellphone minutes or do we have to win it all this year?