Apollo’s son will predictably avenge his dad’s death in the ring at the hands of the Soviet 32 years ago … Wait — how old is this kid supposed to be again?? 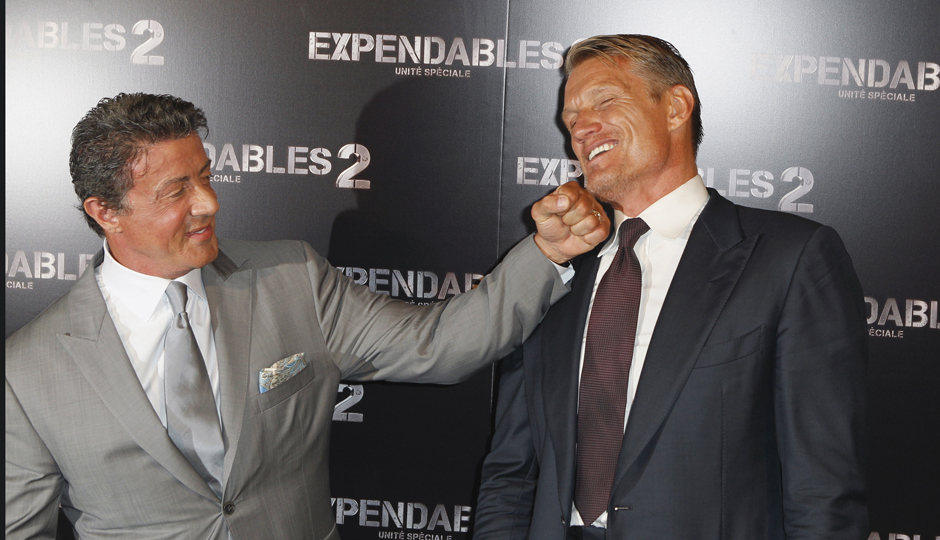 Sylvester Stallone can never get enough Rocky, which frankly is completely fine with me, as I can’t seem to either. Give me another Creed movie, sure. Why the hell not.

I would’ve been in regardless (although the first went overboard trying to be authentically Philly and came off a bit try-hard) just because I do love the Rocky Balboa character… but now Sly’s telling us that Ivan Drago is going to be in this shit too!? Take my money.

Stallone has dropped a few hints of the robotic Soviet Russian’s return to the fold in a few Instagram posts this month, although we’re scratching our heads over here trying to figure out Sly’s math…

Here's a chance to stretch your imagination … HISTORY WILL ALWAYS REPEAT ITSELF IN ONE FORM OR ANOTHER, JUST GOT TO BE READY! … Sins of the Father…. #creed2 # agentnickyc #rockybalboa

JUST DONE …. if you are curious , around 439 handwritten pages translates into about a 120 page typed screenplay …#writers cramp #rockybalboa #drago #adoniscreed #MGM

So if Drago – famously portrayed by Dolph Lundgren – killed Apollo Creed in the ring in Vegas after that kick-ass James Brown concert in 1985, then the Siberian Express would be what age fighting in 2018? (Rocky absolutely should’ve thrown the damn towel and really was most responsible for his best friend’s death, by the way).

What we know about Drago’s backstory from Rocky IV is that he was a captain in the Soviet Army, Olympic gold medalist and the heavyweight world amateur boxing champion. None of that gives us particularly much to go with in terms of narrowing down his exact age at the time.

In the ‘80s, the Soviets required two years of military service from their able-bodied men from ages 18 to 27. Amateur boxers can fight at any age so long as they never have fought professionally. If I started right now, I would still qualify as an amateur boxer at 27.

Let’s generously put Drago at 22 years old in ’85 – which jives with his amateur status (think of how the Olympics used to be with recently graduated college seniors participating), but not his military service. A captain at 22 seems like a stretch – especially for the Russians – but we’ll continue on anyways because that would still make him… 55 years old in 2018 or whenever this movie fight would go down!!

George Foreman was 45 when he made his improbably comeback to win the heavyweight title in 1994. He remains the oldest champion at that weight class. North Philly’s own Bernard Hopkins won the light heavyweight belt at 46 in 2011.

So in his mid-50s, the steroid-burnout Drago’s going to be fighting a kid in his 20s in this flick? And that’s another thing. Adonis should not be this young. If he were born nine months after Apollo’s death, that would make him an ’86 baby and thus 29 years old in Creed – a controversy that Michael B. Jordan himself addressed on Bill Simmons’ podcast back when the movie came out.

Does all of this really matter? Of course not. A video game simulation was the reason a suddenly no longer brain-damaged Rocky came out of retirement and fought to a draw with the heavyweight champ as a senior citizen in Rocky Balboa. This franchise operates outside the limits of reality, and that’s what makes it fun. So sign me up for that grudge match between Drago and Adonis, who is totally going to kill the reformed communist in the ring to avenge his daddy.