The Sixers Are Poised to Become NBA Villains

And we’ll all love it here in Philly. 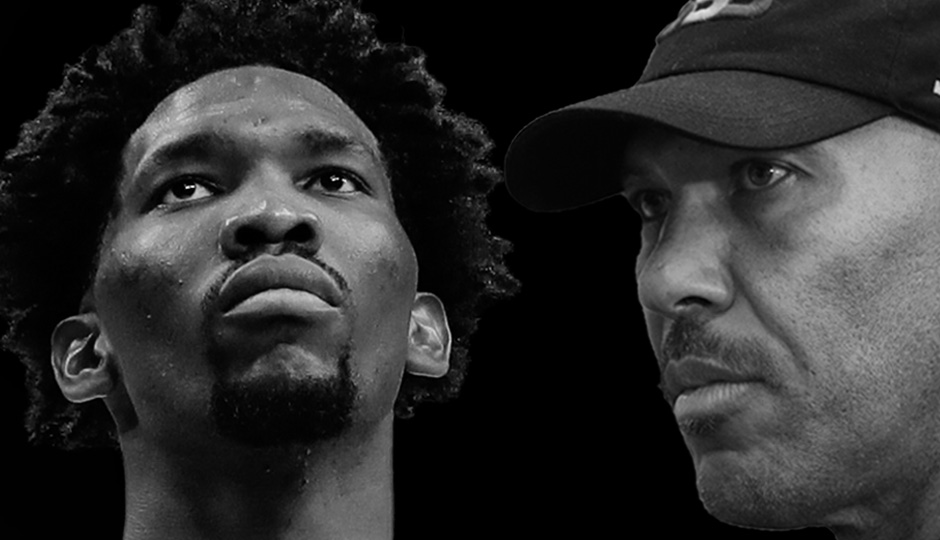 I’m ashamed to admit that I ever doubted the GOAT Joel Hans Embiid – a.k.a. New Barkley – but I totally did for a minute there. With great reluctance I confess to you that I was worried the Sixers’ wonderfully outrageous star center would dial it back following his recent fine for expressing what everybody had been thinking about LaVar Ball. I should’ve known better.

Joel Embiid on saying "Fuck LaVar Ball" on Instagram: "I think most people have been wanting to say that … I'm glad I said it." pic.twitter.com/szJgV8fa6P

Embiid has so far shown that he’s not going to be your run-of-the mill, tight-lipped NBA superstar. Instead, what we have on our hands here is a transcendent talent with an already legendary gift of gab at just 23 years old. A modern day Ali – or perhaps Sir Charles is in fact the more apt comparison, given their penchant for peppering profanity among jokes.

But this we knew already. Embiid’s wildly unique personality has been on display since the moment he arrived as the 76ers’ seven-foot savior in 2014. From spitting game at Rihanna to crushing pitchers of Shirley Temples, Embiid has solidified himself as a rare bird in the short time that we’ve known him. His individuality won’t allow him to buckle to pressure. You say jump, he says how high.

It’s great that Embiid operates this way, but it also means that he very possibly could transition to a rebellious NBA heel. His feud with Ball is a start in that direction – although I think most basketball fans are rooting for the Cameroon native in this particular beef. Ball possesses that Terrell Owens-esque “love to hate” quality, but Embiid and the Sixers are poised to become straight up hated in the standard sense.

Can you imagine what fans outside of Philadelphia are going to think when Embiid gets announced, does some sort of disrespectful WWF move (his fandom is well documented) and then goes out and swats LeBron? As soon as the Sixers start winning and clowning opponents, the seedlings of hate for our team will grow. Players around the league are already trying to knock us down a peg:

Hey, it's a good thing when the #NBAFinals MVP is talking about you: https://t.co/4Lg5z7SLIT

Armed with the equally outspoken Ben Simmons and the rabid fan base that populates the Wells Fargo Center, Embiid and the Sixers are going to talk a lot. If we back it up, the Sixers will be painted as the brash villains – a reputation to which Philadelphia is all too familiar.

We loved our Broad Street Bullies and crass ’93 Phils back in the day. If the Sixers are the next Philly team to don the black hat, get ready for a wild ride the likes of which the NBA hasn’t seen since Detroit’s Bad Boy Pistons of the late ’80s.