One of Us: Jim Kenney 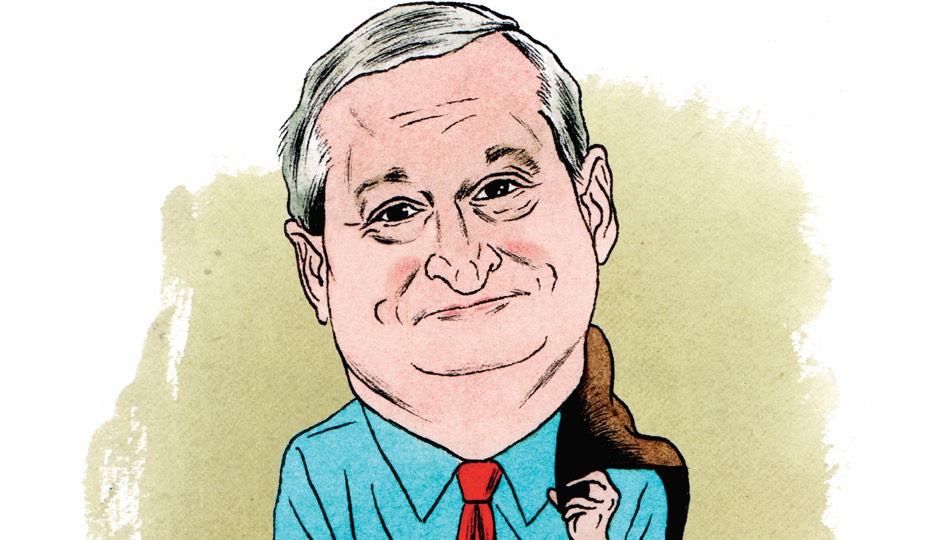 My name is … James Francis Kenney.

I grew up in … South Philly, at 3rd and Snyder. Mummerland.

I wanted to grow up to be … an actor or a lawyer. I guess I’m both.

I decided to run for public office when … I became insane. I’m kidding. I had to make a career for myself. I was working for Vince Fumo, I was getting to a certain age, and I wanted to do more public service.

One thing I miss about Old Philadelphia is … the Broad Street Bullies. I loved every one of them.

The most beautiful public space here is … Rittenhouse Square.

I live in … an apartment in Old City.

The last time I rode SEPTA was … a year and a half ago. The police made me stop.

The next really big Philly event I’ll be at is … Made in America. I haven’t been. I’m really looking forward to meeting Beyoncé.

In the Jim Kenney movie, the actor who should play me is … Sean Penn or De Niro.

The first concert I went to was … Yes, at the Spectrum, 1974. A friend had an extra ticket. We were in the third level.

Marijuana … should be legalized and taxed. We have the perfect system to sell it recreationally: the state store system. Move wine into supermarkets, and clear up some shelf space for the cannabis.

Since Donald Trump has taken over the White House … I have real concern about the Constitution and the future of our country.

After I leave City Hall, I’m going to … Jamaica.

The hardest thing about my job is … the unknown.

My first car was a … 1967 Buick LeSabre. When I drove in the rain, the backseat would fill up with water.

The thing that surprised me most about being mayor is … that citizens take ownership of the office. They really feel connected. They want to touch you and take pictures of you.

The single best dish at any Philly restaurant is … the stuffed calamari at Bomb Bomb Tavern. She only makes it twice a year.

Twitter is … complicated. People expect you to be in contact on social media, but then when you try to be funny or sarcastic or hip, your comm director gets a call from a reporter. So I refrain.

The best Philly mayor was … James H.J. Tate, who was so public-service-oriented. He used to be on television once a week reading questions from constituents who needed service. Trash needs to get picked up? It’s done the next day. It was called Tell It to the Mayor.

To people who complain that their soda now costs twice as much, I say … enjoy being thinner than you were.

If I could take a few weeks off, I would go to … Napa. I love wine.

When people call me a bum … I try to let it roll off my back. Because I know I’m not.

If I had to pick another city to run, I would choose … New York. Daunting, but I really enjoy New York. Actually, could I just be the mayor of Manhattan?

Published as “One of Us” in the July August issue of Philadelphia magazine.