Gov. Tom Wolf has ordered all Commonwealth flags to be flown at half-staff. 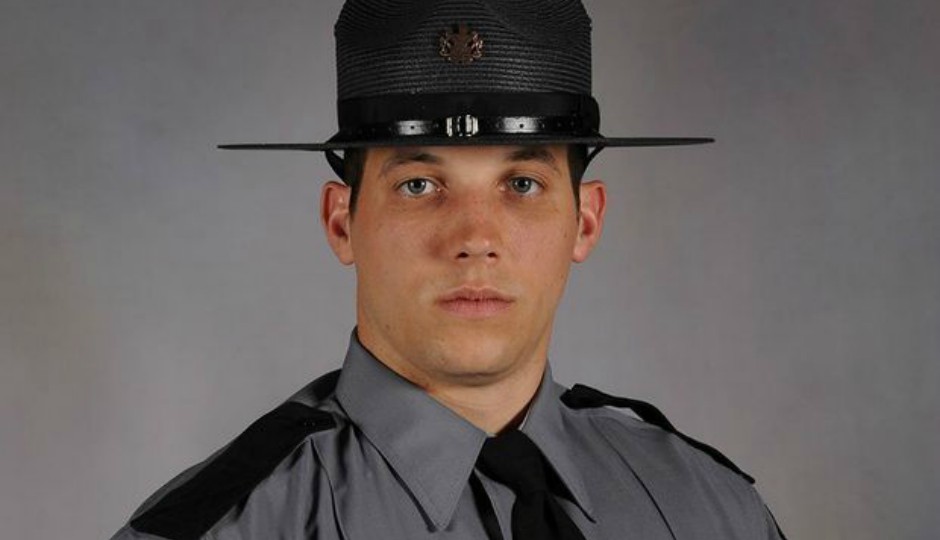 A 26-year-old Pennsylvania State Trooper was killed in a violent crash with a garbage truck early this morning.

Trooper Michael P. Stewart was in a marked patrol SUV with another trooper when they collided with a garbage truck around 2:20 a.m. near the intersection of Route 711 and Route 271 in Westmoreland County.

The other trooper with hospitalized with non-life threatening injuries.

“My thoughts, and the thoughts of the entire department, are with the family of Trooper Stewart during this difficult time,” he said in a statement. “Trooper Stewart served the commonwealth honorably, and we join all Pennsylvanians to mourn his passing.”

Gov. Tom Wolf has ordered all Commonwealth flags to be lowered to half-staff on the Capitol Complex, at Commonwealth facilities and throughout the state in honor of Stewart.

The governor released the following statement:

“Frances and I were deeply saddened to learn of the loss of Pennsylvania State Trooper Michael P. Stewart. This young trooper’s tragic death is a reminder of the selfless sacrifice made each day by every state trooper and their families.

He served his fellow Pennsylvanians, his troop and our Commonwealth with honor and integrity. We join all Pennsylvanians in mourning his loss, and send our sincerest sympathies, thoughts and prayers to his family, friends and all the women and men of the Pennsylvania State Police.”

Stewart enlisted in the Pennsylvania State Police in January of 2014 and had been assigned to the Patrol Unit in Troop A, Greensburg since August of 2015. He’s the 98th member to be killed in the line of duty.

State police are investigating the crash.