At least five municipal police departments, detectives, state police and the FBI are all attempting to locate the young men – who reportedly know one another. 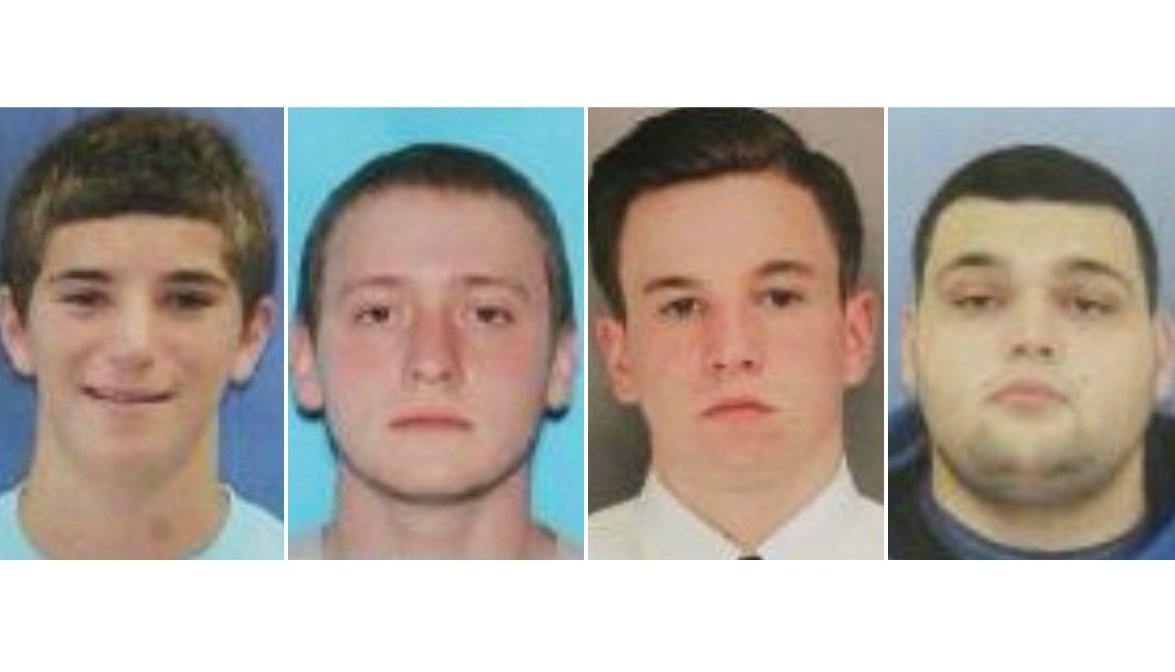 State and local police are searching for four men missing in Bucks County.

Weintraub said the four men missing appear to know one another. Investigators are working to confirm any connections. Sturgis’s father, Mark Potash, told the Inquirer that his son and Meo both work for his construction business.

A car belonging to Sturgis was discovered in a Peddler’s Village parking lot Monday morning, according to Fox29. The news organization reports that Sunday evening state police recovered a different car belonging to one of the teens in the garage of a home along Aquetong Road in Solebury Township. Officers reportedly had a search warrant for the property.