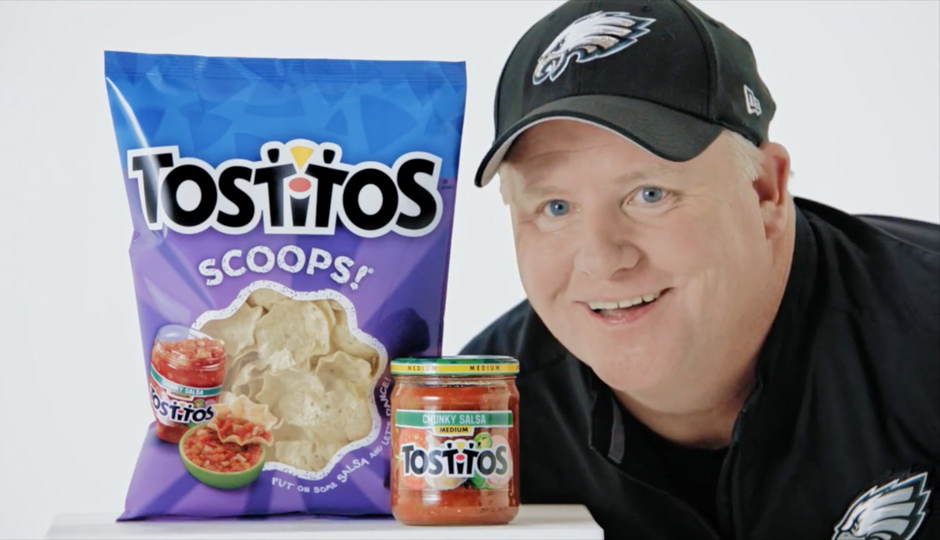 Former Eagles head coach Chip Kelly is back, folks. Hired by ESPN as a college football analyst just one short month ago, it seems like the network is already trotting out their flashy new toy with the Chipper appearing on colleague Adam Schefter’s podcast on Wednesday.

Among the topics discussed on “Know Them From Adam” was Kelly’s controversial decision to trade running back LeSean McCoy – the Eagles’ all-time leading rusher – in 2015. Kelly didn’t say that he regretted the deal itself (but I will… Kiko Alonso was a total bust), only the way word first got to Shady:

“The story got out before we got a chance to communicate specifically with the guys that were being traded and that’s the most important thing, so I never got a chance to talk to LeSean before he found out he was getting traded and I’ve always said that’s on us and it wasn’t handled the right way. It’s always bothered me, it wasn’t handled the right way and it was unfair to LeSean.”

You’ll recall that McCoy was very upset on his way out after six highly productive seasons in midnight green. He famously told ESPN “there’s a reason [Chip] got rid of all the black players” and said his old coach “can’t shake shit” before playing the Eagles for the first time as a member of the Buffalo Bills.

Kelly also spoke about rumors regarding the Birds’ supposed attempts at trading up to select Heisman Trophy winner Marcus Mariota, his former quarterback at the University of Oregon, in the 2015 NFL Draft:

“That’s all speculation that’s out there. You hear stories that we offered this, we offered that. We didn’t offer anything because they weren’t taking offers for it. There’s a reason they didn’t move off that pick… I would’ve loved to have coached him, but it was really, when you’re involved in trades there has to be two people to trade, so if one team isn’t interested in trading then it’s really not a conversation.”

Chip, of course, is referring to Fox Sports insider Peter Schrager’s report that he offered the Eagles’ 2015 first- and second-round picks, 2016 first-round pick and any defensive player on the roster to the Tennessee Titans for the right to select Mariota.

I have a feeling these stories are only going to continue trickling out with Chip’s move to television. Do these statements reflect Kelly’s true feelings? Or are they just retroactive damage control, designed to soften Kelly’s image in hopes that one day he can return to coaching.