The smarmy former Eagles coach heads to TV after flaming out in the NFL. 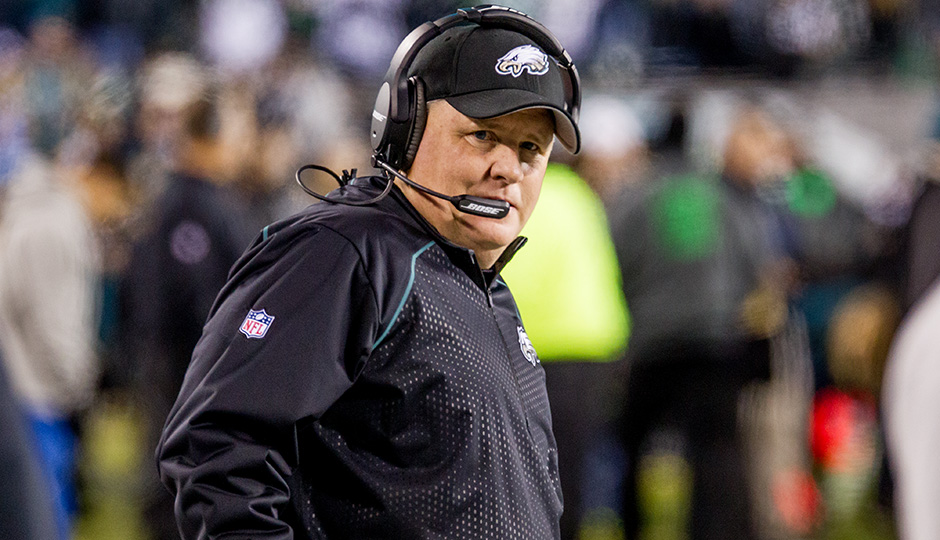 Never one to admit defeat, Kelly defiantly stated that he would continue to seek work in the NFL – although being passed over for an assistant coaching job by the lowly Jaguars had to have been a shot to the old Chipper’s ego. After being spurned by professional football, Kelly has signed a multi-year deal with ESPN to serve as an in-studio analyst of the college game. He’ll also moonlight on some NFL coverage as needed.

Kelly, as you may recall, had quite an impressive stint coaching at the University of Oregon before he was lured to Philadelphia. He was named AP College Football Coach of the Year in 2010 and compiled a career record of 46-7 with the Ducks, including wins in the 2012 Rose Bowl and 2013 Fiesta Bowl. (Kelly lost in his lone BCS National Championship Game appearance in 2011).

“Chip is one of the most innovative football minds of our generation,” Lee Fitting, ESPN senior coordinating producer, said in a release. “As a coach, he saw the game from a unique perspective, never afraid to take an unconventional approach. We want him to bring that mentality to our college football coverage each week, offering fans a varying viewpoint outside of the conventional thought process.”

Unique perspective, huh? I’ll say. Cutting stars at will and refusing to adapt your gimmicky offense to emphasize each player’s strengths is certainly an unconventional approach to say the least.

“Over the last 30 years, I have experienced football from one perspective – as a coach,” Chip Kelly said in a release. “Working in television will allow me to see the game from a different angle; simultaneously, I‘ll provide viewers an insight to the mindset of a coach and team while offering alternative views of various situations.”

We can’t wait to see what insights the “genius” Chip Kelly (Jeff Lurie’s words, not ours) will bestow upon viewers. Looking forward to hearing how this running back’s daily urine sample indicates that he’s not ready to play on Monday night, or that this coach needs to start monitoring how his kids sleep through Philosophy 101.

The network says that Kelly will have a “significant presence” during the upcoming football season, so expect to see a lot of our old friend this fall. CSNPhilly reported that Kelly is taking the place of Butch Davis, who is returning to the coaching ranks at Florida International University. Perhaps Kelly’s next stop after ESPN will also be a reclamation project at a noncompetitive school?