OPINION: The Black Community Should Take No Joy in Bill Cosby’s Mistrial

Clay: They show him more love than he ever showed them — and that’s why it might be time to leave him to his own devices. 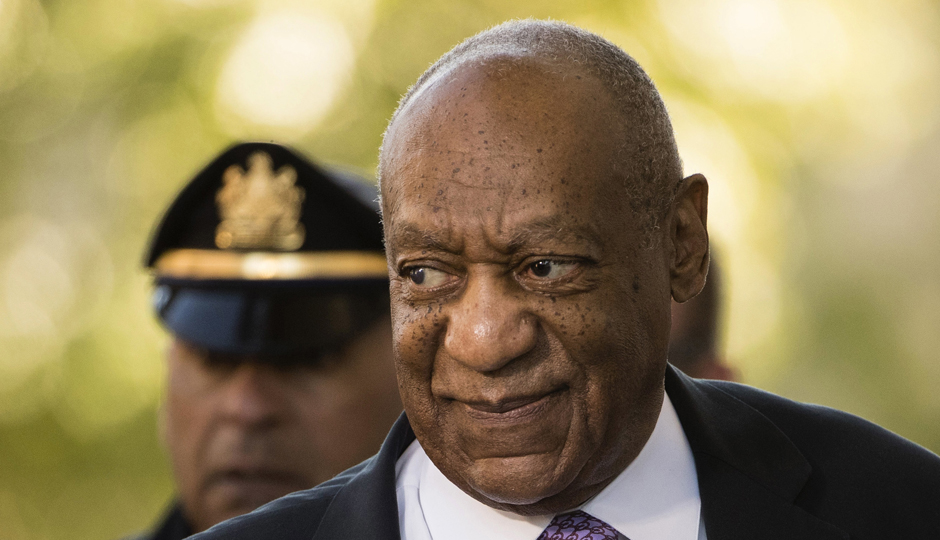 In 2004, comedian Bill Cosby was honored by the NAACP as part of its 50th-anniversary celebration of the landmark Brown vs. Board of Education ruling.

During an acceptance speech that’s now better known as the “pound cake” speech,” the comedian went off on the Black community in a rant that covered everything from children’s names to bad parenting to even the way Black children dressed.

He talked about a “culture of poverty” that Blacks chose to live in and how it was more responsible for the community’s ills than the institutional racism might be a part of one’s daily existence.

It was a tour de force of respectability politics, with bons mots like this:

“Looking at the incarcerated, these are not political criminals,” he said. “These are people going around stealing Coca-Cola. People getting shot in the back of the head over a piece of pound cake! And then we all run out and are outraged: ‘The cops shouldn’t have shot him.’ What the hell was he doing with the pound cake in his hand?”

He even went on a so-called “call out” tour to spread the message.

But if what I saw from Cosby and his surrogates during his sexual assault trial in Montgomery County is any indication, the “pound cake” speech and its “pull up your pants and pull yourself up by your bootstraps” ethos is aging about as well as a Donald Trump tweet.

That’s because nothing makes someone acknowledge that they may not have all the answers when it comes to institutional racism quite like looking at a 30-year-prison bid.

Bill Cosby has become the latest in a far too long list of Black celebrities whose self-made hot spots have made them pull the rip cord on the Parachute of Blackness in search of a place to land. While he’s far too smart (and prohibited by his lawyers) to pull the cord himself, the only way not to see whose hanging from the billowing chute is to close your eyes.

And since his legal troubles aren’t as over as his supporters want you to think they are, I say it might be time to leave Cosby to his own devices.

After deliberating for more than 50 hours (52 to be exact), the jury in the Cosby trial declared itself hopelessly deadlocked, and Judge Steven O’Neill granted the mistrial that attorney Brian McMonagle had been trying to get for the last two weeks. Cosby was accused of allegedly sexually assaulting former Temple University employee Andrea Constand in his Cheltenham Township home in 2004.

(Yeah, that was during the “Pound Cake” speech days. Hold on, I’m getting to it.)

Practically from the moment these charges were filed, the Black community, a group that saw The Cosby Show as a roadmap for aspiration, has been predisposed to dismiss Constand as a white woman trying to get paid and bring down a prominent Black man in the process.

Shortly after the end of McMonigle’s closing arguments, we got the word through Andrew Wyatt, Cosby’s spokesman, that it was what he also believed.

Wyatt told the gathered press that if Cosby’s convicted, prominent Black men need to watch out.

“I feel sorry for men like LeBron James, Colin Powell or Barack Obama if this happens,” Wyatt said. “Because they’ve found a tried and true formula. They’re trying to tear down [Cosby’s] legacy!”

(I guess that’s why Wyatt’s reaction to the mistrial was “His power is back. It has been restored. His legacy is back.”)

Now I don’t see Powell, James, or especially Obama getting into a mess like the one that Cosby’s in because none of these men have given a legal deposition opining on the wonders of Quaalude-aided sex like the one Cosby gave in 2005.

But thanks to statements like Wyatt’s, interviews like the one Cosby gave to Sirius-XM host Michael Smerconish before the trial, and the fostering of that natural predisposition to dismiss his accusers, the perception remains out there and just like a “they’re only coming after Cosby because he wanted to buy NBC” meme, it’s taken hold.

And it proves once again that Black folks are some of the most forgiving folks in the world.

I say this because at the height of Cosby’s “Pound Cake speech” days, he was a trustee at Temple University. Now if you’ve ever been to Temple, you know that it’s surrounded on all sides by some fairly intractable poverty; the kind that Cosby, who grew up in the Richard Allen Homes, knew from experience.

But instead of getting out of his board of trustees chair, going behind Temple’s Anderson Hall, and working with these “lower-class people” in the PHA development there, he chose to chastise them for their children’s names.

And yet, these are the people riding hardest for him right now. They carry “Free Cosby” signs. They argue with his detractors.

They show him more love than he ever showed them.

To me, it might be a good idea for the Black community to sit out Bill Cosby’s retrial and allow him to take the karmic retribution he’s got coming right to the face.

Hopefully, it’ll come in the form of a pound cake.