One of the demonstrators used a bolt cutter to get through an eight-foot security fence. 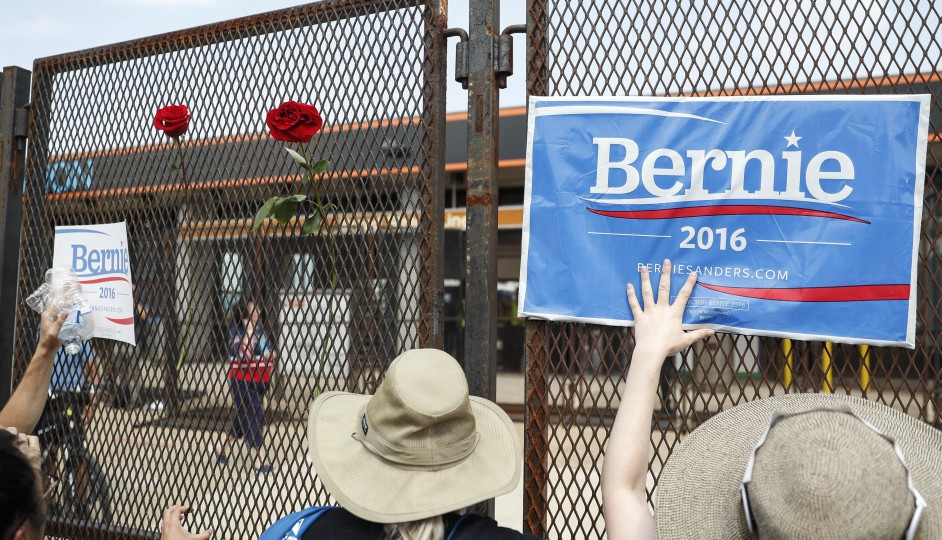 The DNC protesters were arrested on June 27th after one of them, 29-year-old Travis Martin of Houston, used a bolt cutter to get through the fence at the intersection of Broad Street and Pattison Avenue in Franklin Delano Roosevelt Park around 10:45 p.m.

The incident occurred on the third day of the DNC – the same night former president Barack Obama spoke in the Wells Fargo Center, where the DNC was held. Prosecutors argued that the trespassers were posing a risk to the former president.

Five of the defendants – 25-year-old Lincoln Bohn of California, 24-year-old Jacob Van Buskirk of Washington; 19-year-old Dan Nguyen of Maryland; 27-year-old Natalie Frazer of Washington; and 28-year-old Megan Munk of Washington – were each fined $500, Philly.com reports. The judge has deferred Martin’s sentencing until late September – his punishment could be more severe because he used the bolt cutter.

But Senior U.S. District Judge Michael J. Baylson ruled that the second wave of fence-breaching protesters crossed a line by using the bolt cutter to enter an area that was clearly restricted.