The 1890 school at Broad and Vine just broke ground on the first phase of its $25 million campaign. 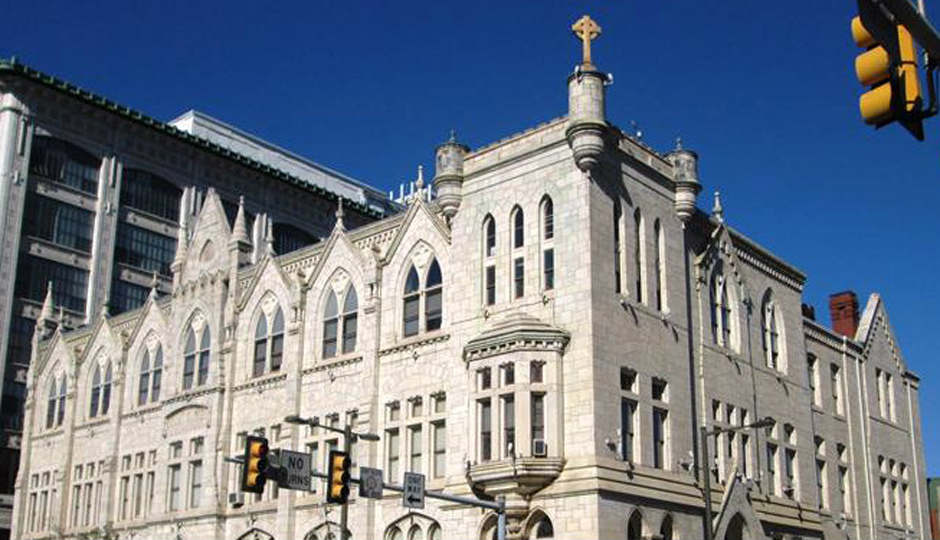 “Too often the narrative for Catholic schools in the city is closures and mergers, but here we’re in growth mode,” Rev. Joseph Bongard, Roman’s president and rector tells Philly Mag. “The primary goal of our expansion isn’t to increase enrollment, it’s to broaden program offerings.”

A historical landmark nestled on the corner of Broad and Vine streets, the school’s original 1890 building – faced in marble in the Gothic Revivalist style – is too small and in some cases ill-equipped to accommodate its student body of just under 1,000 boys. The chapel has a maximum capacity of 18 people, so masses are said in the school’s legendary third-floor basketball gym. The band hall is a closet.

But there’s too much determination inside this castle-like building’s striking walls to let that stand in the way of providing students with a quality high school education rooted in the Catholic faith. Where there’s a will, there’s a way. Roman boasts a 96% college placement rate for its seniors while firmly remaining dedicated to promoting academic diversity, enrolling kids with varying abilities rather than taking only the top percent of applicants. 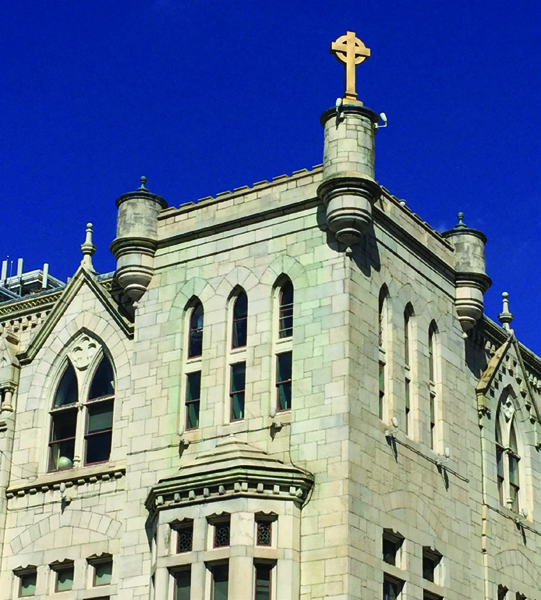 “Some kids here are absolutely brilliant and gifted while others struggle a little bit with guys in between,” Bongard says. “No matter where you are on that continuum, we’re going to prepare you for college.”

Outside of academics, Roman has typically funneled its resources into its rich athletic program, leaving many arts students feeling a bit like stepchildren over the years. With that in mind, Bongard and other administrators determined that those kids should be seen as a top priority in the school’s expansion after being neglected for so long.

“Obviously the gym is what everybody wants, but we’ll have to wait,” Bongard says, referencing the third phase in “A Vision of Promise” – a new state-of-the-art field house. “We’re going to get the band out of the attic. The art department right now is in the garage of “the annex” so that will be taken out of there and into the new facility.”

The McSherry Annex (on nearby Wood Street) serves as a prelude to Roman’s vision for expansion. Opened in 2006, the annex is a modern structure that holds a few classrooms, the school’s weight room and various administrative offices. It’s a spillover building, and one that clearly doesn’t hold enough room for an entire art department. 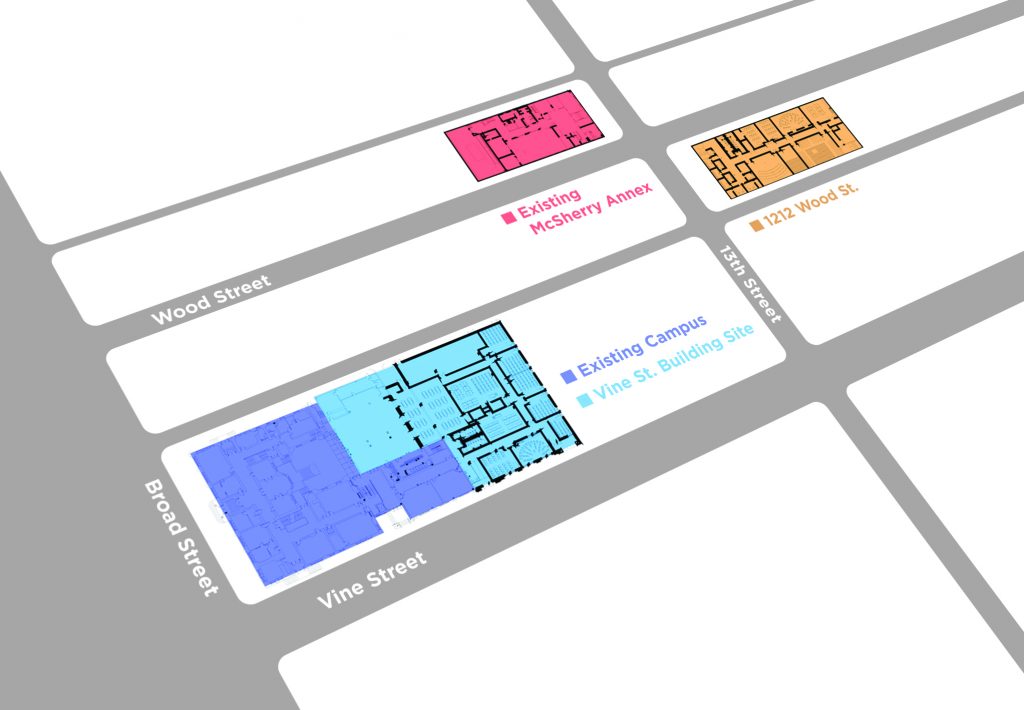 To give those students the proper space they need, Roman will begin construction on its new Center for Visual and Performing Arts in mid-July. The building sits cattycorner to the McSherry Annex and will include rehearsal space for the school’s music and choral programs (as well as a small theater) along with individual lesson rooms and art studios.

The building will be named after longtime donors Barry and Elaine Howard. Bongard says he hopes to have it open in about 10 months to one year from this July.

Funds for the new facility, which has a price tag just north of $4 million, were raised through donations from both alumni and the private sector. Archdiocese of Philadelphia policy prevents projects from breaking ground until they are fully funded, which is why the first phase in “A Vision of Promise” is all that Roman is undertaking at this time.

“This is our vision,” Bongard says. “It’s really almost outside of our reach, but the idea is that it’s four separate phases and we know where we’re going whether that takes us five years or 15 years – we have the goal.”

Phase two is when things get really interesting at Broad and Vine. It calls for the construction of a seven-classroom Science, Technology, Engineering and Mathematics (STEM) Center on top of what is now Roman’s Vine Street parking lot to “ensure that our young men are able to compete in a global marketplace, where math and science literary skills are indispensible.”

Even more ambitious is the aforementioned phase three, which will see Roman build a new field house – complete with a suspended indoor track – directly on top of the STEM Center, transforming the school’s layout completely. And if that wasn’t enough, phase four will bring things full-circle with a total renovation of the 1890 building.

“People may say ‘you don’t have the capacity to do this’ and they’re probably right,” Bongard says. “But Roman’s story has always been tell us we can’t do it – we’re going to prove you wrong.”