Pacino to Play Paterno in HBO Movie on Sandusky Scandal

The Oscar-winning actor will portray JoePa at the former Penn State coach's darkest. 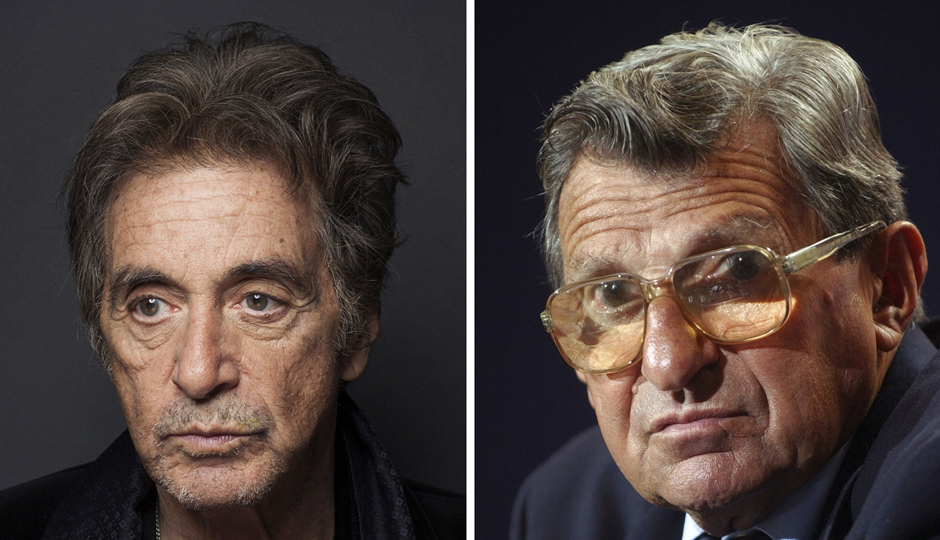 Film icon Al Pacino has signed on to play Joe Paterno in an upcoming HBO movie about the sexual abuse scandal that rocked the Penn State community and cost its longtime football coach his job, according to the Hollywood Reporter.

Barry Levinson (Rain Man, The Natural) will direct the yet-to-be-titled flick for the subscription cable network that stars Pacino as JoePa, the Nittany Lions’ beloved longtime football coach (1966-2011) and owner of the most wins in NCAA Division I history.

By now, we all know the story that HBO’s team of writers will script. Paterno found himself involved in college sports’ most notorious cover-up with the university’s mishandling of allegations that former defensive coordinator Jerry Sandusky sexually assaulted a young boy in a PSU locker room shower in 2001.

Former university president Graham Spanier, ex-vice president Gary Schultz and previous athletic director Tim Curley were each sentenced last week for their roles in covering up Mike McQueary’s report of the crime. Sandusky himself is currently serving a 30 to 60-year prison term after he was convicted of abusing 10 boys in 2012.

Pacino – best known for his work in the Godfather trilogy and 1990’s Scent of a Woman – has played several divisive cultural figures for HBO in the past from Phil Spector to Dr. Jack Kevorkian, whose portrayal won the actor an Emmy and a Golden Globe in 2011. He will assume the role of JoePa at the coach’s darkest: squeaky-clean image tarnished and banished from the team that consumed virtually his entire life. This of course won’t be Al’s first time acting in a football movie, and we are very eager to see his take on Paterno.