Graham Spanier will serve two months in jail followed by another two under house arrest. 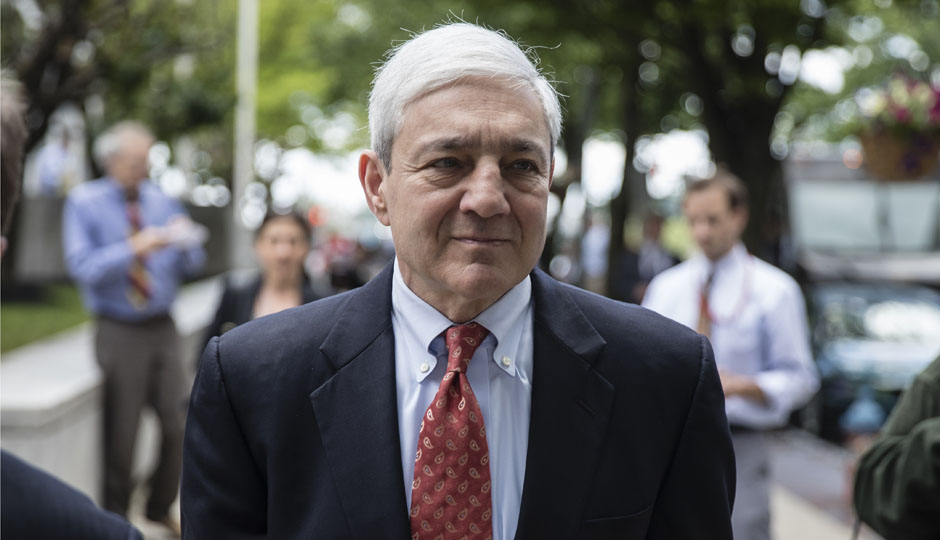 Former Penn State University president Graham Spanier was sentenced on Friday along with two other high-ranking administration members for their roles in failing to report a 2001 incident involving convicted child abuser Jerry Sandusky, the Inquirer reported.

Spanier was sentenced to serve at least two months in jail followed by another two months under home confinement. He was also ordered to pay a $7,500 fine and perform 200 hours of community service. The 67-year-old was convicted in March of misdemeanor child endangerment – the same charge to which both former vice president Gary Schultz and ex-PSU athletic director Tim Curley entered guilty pleas.

Curley and Schultz testified against Spanier at his trial, but prosecutors still criticized both men in their sentencing memos filed this week. They accused Curley of exhibiting “astonishing” memory lapses on the witness stand and condemned Schultz for his “puzzling dereliction of duty.”

Despite testifying for the government, Curley still received the harshest sentence of the three. The 63-year-old will serve three months in jail and four months under house arrest. Schultz, 67, was handed the same punishment as Spanier.

The sentences are the culmination of the controversial prosecution of the PSU administrators who investigators say chose to protect the reputation of both themselves and the school by declining to report the activities of a serial child abuser.

All three men were accused of failing to notify police or child welfare investigators after Mike McQueary, then a football program graduate assistant, reported seeing former defensive coordinator Jerry Sandusky sexually assault a young boy in the Penn State locker room shower. Email exchanges between Spanier, Curley and Schultz proved their collusion in the eyes of the jury at the former PSU president’s trial.

“These men are good people who made a terrible mistake,” said Judge John Boccabella, a former senior judge from Berks County who came out of retirement to preside over the trial. “Why no one made a phone call to police… is beyond me.”

Boccabella went on to specifically call out Joe Paterno, saying the deceased longtime coach of the Nittany Lions football team “could have made that phone call without so much as getting his hands dirty.” The judge also had words for McQueary, who he pointed out was an adult himself at the time of the incident.

Sandusky is currently serving a 30 to 60-year prison term after he was convicted of abusing 10 boys in 2012. Since his conviction, Penn State has paid out nearly $250 million in settlements, legal bills, fines and other costs associated with the scandal.