And she didn’t mind a bit. 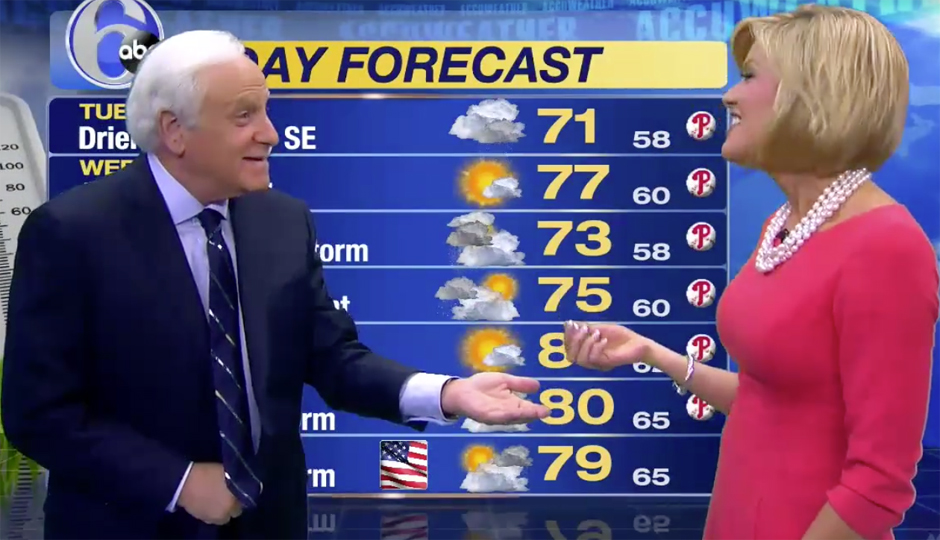 You know how there are some people in Philly who are just such characters, who’ve been around for such a long time, who seem so comfortable within their own skin that you can’t help but feel they’re family even though they’re famous? Jim Gardner, the news anchor at 6 ABC for 40 years, is like that. So is weatherwoman Cecily Tynan, even though she hasn’t been around quite that long. So on Monday night, when Cecily was delivering her long-term weather forecast and lost an earring — “Wardrobe malfunction!” she quipped — it didn’t seem strange at all when, a few seconds later, Gardner wandered on-camera against the weather-board backdrop, hunched over as he searched for the missing bauble. And he found it, too! The moment was so entertaining that Kelly Ripa and Ryan Seacrest screened it on national TV on Wednesday. All of which made the news that Philly has fallen from fifth-largest city in America to sixth easier to take. Fine, Phoenix, fine — but do you have Jim and Cecily? Ha! We didn’t think you did.