“Jim has the gravitas of Walter Cronkite, the tenacity of Ted Koppel, and the mustache of Ron Burgundy,” said Jimmy Kimmel. 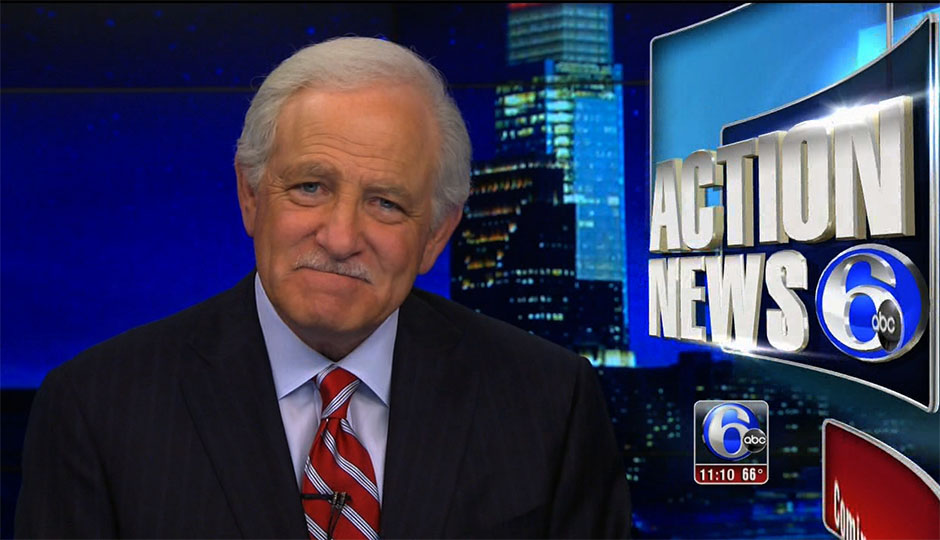 Jim Gardner on Action News in 2015

When Philadelphians hear that famous tune leading off 6ABC’s Action News telecast, what’s the first thing we think of? If your answer wasn’t Jim Gardner, you can turn in your 45 of TSOP to the mayor’s office and move across the bridge right now.

On Wednesday night, the station honored the venerable Gardner with a video celebrating his 40 years of broadcasting in the city, narrated by meteorologist Cecily Tynan.

Gardner first came to Philadelphia in 1976, joining ABC’s news team as an anchor/reporter before stepping up to host the 5:30 p.m. telecast. Roughly a year later, he was given the prime duties of anchoring the 6 p.m. and 11 p.m. shows – and he’s been there ever since.

“Jim has the gravitas of Walter Cronkite, the tenacity of Ted Koppel, and the mustache of Ron Burgundy. All the greats, wrapped up into one,” late night host Jimmy Kimmel said.

Gardner is a throwback to that Burgundy era of ’70s newscasters, possessing that intangible aura of being the guy in the know – and an obsolete knack for film editing. He’s interviewed every sitting president since America’s bicentennial and has traveled as far as Russia, Cuba, and the Middle East to cover global stories for us here locally.

In eulogizing former Phillies announcer Harry Kalas, Gardner said that his voice was the one most closely identified with Philadelphia. We’re not going to argue that fact, but Gardner himself is a close second by a razor-thin margin. He is the news in this town.

Congrats on the milestone, Jim! And here’s to many more years delivering us the nightly news, Philly-style.