Come 2018, Smokers on Wildwood’s Boardwalk Could Be Looking at Jail Time

Violators caught lighting up will be subject to a $1,000 fine or up to 90 days in the slammer. 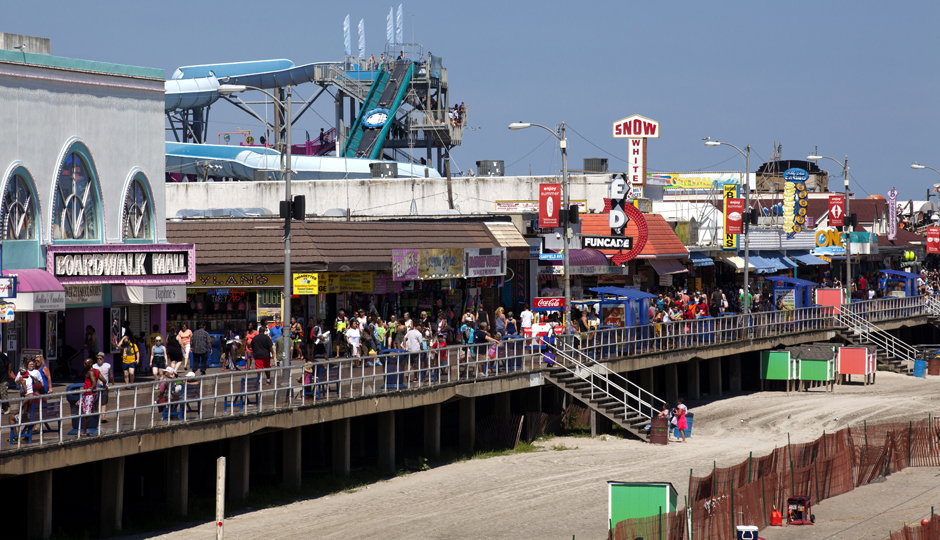 City commissioners in Wildwood approved an ordinance on Wednesday that bans smoking on its famous boardwalk starting Jan. 1, 2018, becoming the second South Jersey shore town to pass such a measure. (Ocean City was the first in 2014.)

“There’s a different view of cigarette smoking than there used to be,” Wildwood Mayor Ernie Troiano told the Press of Atlantic City.

Smokers caught lighting up on the boards will face penalties as harsh as a $1,000 fine or spending up to 90 days in jail. What do you think shore prison food is like? (The menu definitely consists of stale boardwalk fries and fudge samples that fell on the ground.)

North Wildwood is expected to vote on its own smoking ban in June, although its mayor, Patrick Rosenello, told the newspaper last week that he doesn’t think sentences for violators will end up being so severe.

You have got to love how the Wildwoods are all still separate government entities after all these years. Sounds like North Wildwood is where you want to get caught having a smoke on the boards, if anywhere.

Officials in both towns have said that the ban is designed to limit the risks of second-hand smoke for boardwalk patrons and potential fires caused by tossed cigarette butts. In 2002, a fire sparked by an improperly discarded cigarette gutted two stores on the Ocean City boardwalk and caused $1 million in damage.

Smoking is already prohibited at Morey’s Piers and Beachfront Waterparks, one of the most popular attractions along the Wildwood boardwalk. Troiano said he sees this summer as an educational period, where smokers will be asked to kindly take their drags down on the asphalt in advance of next year’s full-ban.

If you want our advice, dress city workers up in jailbird costumes to let beach-going smokers really know what’s at stake when they’re given their friendly warning. That will get through to ’em!