The 76ers were the NBA’s fourth-worst team last year, but we’ll be selecting third in late June. 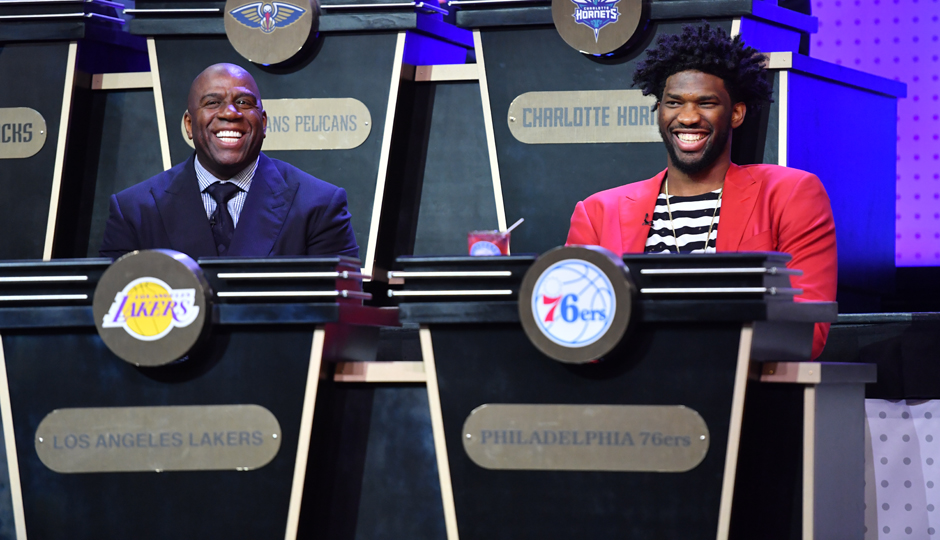 Sadly, the NBA Draft Lottery has devolved into somewhat of an annual holiday for Sixers fans – more specifically the rabid devotees of banished former general manager Sam Hinkie. It’s a night when we can put aside how much of an embarrassment the team was on the court the year prior and focus on the expiration date of Hinkie’s so-called “process” and a return to playoff contention.

With fans being a little nutty here — in the good way, of course — a party held at XFINITY Live! by the guys who bring you the fantastic Rights to Ricky Sanchez podcast (WIP’s Spike Eskin and Michael Levin) produced a packed house, all to watch the NBA’s deputy commissioner pull cards bearing team logos out of oversized envelopes on Tuesday night:

As with any true Philly get-together, there were tattoos, a wedding proposal, and even a retirement of sorts:

Sam Hinkie goes into the rafters. Thank you Sam. pic.twitter.com/O2zMTxyj9F

Of course staunch anti-Hinkieite Howard Eskin was there to spoil all the fun and talk some trash on the soda tax. What else is new?

As for the lottery unveiling itself, the Sixers dispatched electrifying center Joel Embiid (the second-coming of Charles Barkley) to New York as their representative, where he went back and forth with Lakers executive Magic Johnson over whether our ownership of L.A.’s future first-round pick would convey this year.

Unfortunately JoJo’s golden slippers didn’t bring us the luck we needed to get the Lakers’ pick or the first overall selection.