Lemme Guess: You’re Not Voting Today. What Is Wrong With You?

If you’re like the vast majority of Philadelphians, you'd rather get a root canal than go anywhere near a voting booth on Tuesday. I would like you to reconsider. 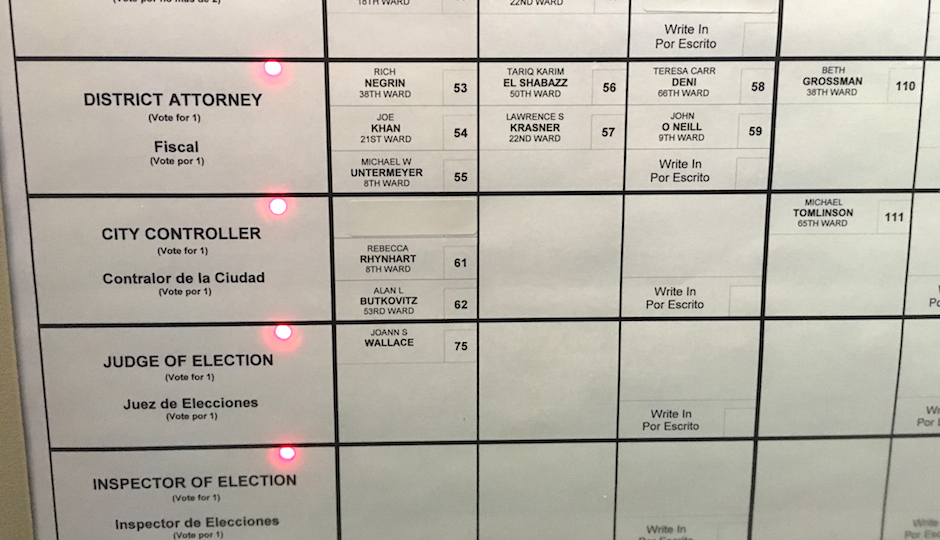 Good morning, Philadelphia. It’s officially Primary Day, in case you’ve been wondering why all of your favorite TV shows have been bookended by PAC-funded political advertisements for the last few weeks. The polls opened at 7 a.m. and close at 8 p.m., but that probably doesn’t make the tiniest bit of difference to you. If you’re like most Philadelphians, you have absolutely no intention of showing up to vote. But I would like you to reconsider that wrong-thinking, or perhaps nonthinking, decision.

Historically, primary turnout in Philadelphia has been pathetically low when there’s no president of the United States to vote for, and that office won’t be open again for quite a while.

According to the big brains who predict such things, only 10 to 15 percent of registered voters will show up at the polls today. You think that’s low? Just be thankful that there’s no rain in the forecast.

Maybe some of the no-shows think, Oh, hey, it’s just the primary. I’ll definitely show up in November.

That is, of course, just a really silly way to look at things. At best, it’s ill-informed, since Philly is a Democratic town and the Democratic victor in the May primary has virtually no chance of losing the November general.

Or maybe people just think that this particular go-around in our election cycle isn’t all that important. After all, we weren’t electing a mayor or a single City Council member (I wish!). And it’s not your chance to finally kick Bob Brady out of his too-long-held seat in Washington, D.C.

So why bother showing up?

Whatever your reason for failing to live up to your hard-fought-for civic duty by visiting your local polling place on Tuesday, it’s a really, really, really bad reason, assuming you’re not in the hospital and about to get a triple bypass. (Oh, you also get a pass if you’re an Independent voter, since our closed primaries don’t allow you to cast your ballot.)

Yes, there are choices to make for city controller, various judgeships, and election board workers, and they’re all important in their own way, to be sure. (For a full guide to Tuesday’s primary choices, see Holly Otterbein’s breakdown here.) But the one office that you really need to focus on is district attorney.

In the last quarter century, Philly has had exactly two district attorneys.

The first, Lynne Abraham, was obsessed with the death penalty, and she’s regularly credited as one of the “deadliest” district attorneys that entire country has ever seen. In fact, this Harvard study named her one of the top five. Progressive she was not.

The second was, of course, our current district attorney, Seth Williams, who is somehow still in office even though he’s admitted to accepting and failing to report an extravagant amount of gifts — hey, I could use a new roof in a few years … just sayin’! — and been charged with a boatload of crimes, including stealing from his own mother. I can only hope that he sent her a really nice Mother’s Day card.

Again, that’s two district attorneys in 25 years, thanks to the fact that the Philadelphia district attorney doesn’t have a term limit, unlike the mayor of Philadelphia, the governor of Pennsylvania, or the president. (Thank goodness for that term limit.) Meaning that you could be stuck with our next district attorney for a very, very, very long time. After all, Williams probably would have won reelection this year had he not found himself on the wrong side of an indictment.

Keep in mind, this is not some unimportant, bean-counting, blah-blah-blah position. In a city with so much crime and so much injustice, you don’t want to just sleep in, drink your coffee, watch the Today Show, and assume that everything will be OK.

Maybe you don’t love any of the people running for district attorney. But I bet there are one or two that you definitely wouldn’t want to see in that office. What, you think that you can leave it up to your fellow citizens to make sure the wrong person doesn’t get the seat? Hopefully a certain recent election showed you the shortsightedness of that game plan.

Anybody who says that Candidate X is definitely going to win or, perhaps more to the point, that Candidate Y can’t possibly win, is completely full of it. This is a seven-way race among Democrats, and anything can happen.

So put down your coffee and tell your boss that you need to be a little late or change your dinner plans and get the heck out there and vote. You can’t afford not to. Or, at least, do it for the stickers.