The posters promoted the "skinhead" organization Keystone United, which the Southern Poverty Law Center says is one of six hate groups operating in Philadelphia. 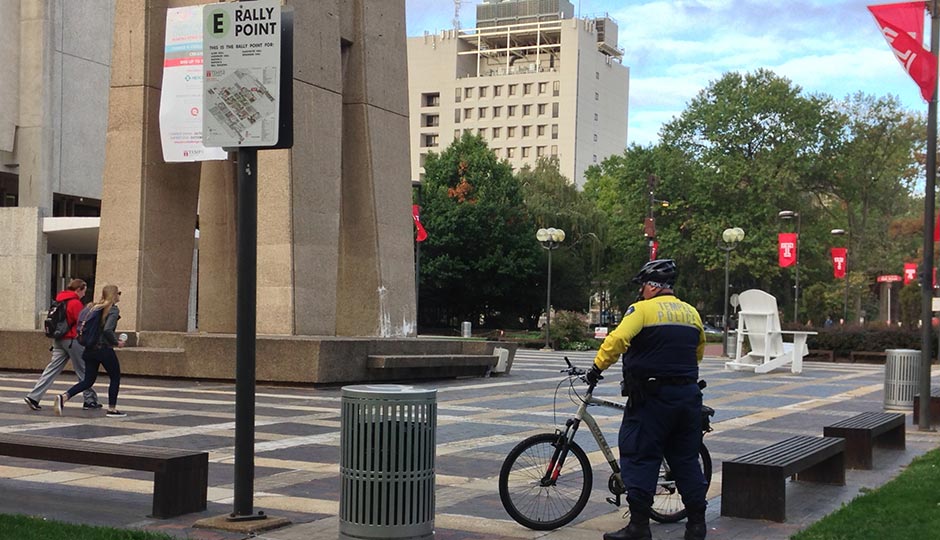 Flyers promoting white nationalism have been discovered on Temple University’s campus – for the second time in the last two months.

The flyers promoted the “skinhead” organization Keystone United, which the Southern Poverty Law Center characterizes as an “Active White Nationalist Hate Group.” The group is one of six hate groups operating in Philadelphia, according to the SPLC.

The Temple News reports that students discovered flyers around the university’s Anderson and Gladfelter halls last week. The posters contained links to multiple white-supremacist groups and phrases like “You will not replace us.”

Keystone United tweeted images of the posters – first in late March and then again yesterday.

Temple police are investigating. Late last month, several neo-Nazi flyers were discovered on campus at the University of Pennsylvania. Penn denounced their messages. According to the student-run Daily Pennsylvanian, a Twitter user who regularly posts alt-right and racist propaganda claimed responsibility for the flyers.

Almost 150 schools across the nation found white supremacist flyers posted on their campuses during the 2016-17 school year, according to the Anti-Defamation League.