And he's got a shot at the world championship. 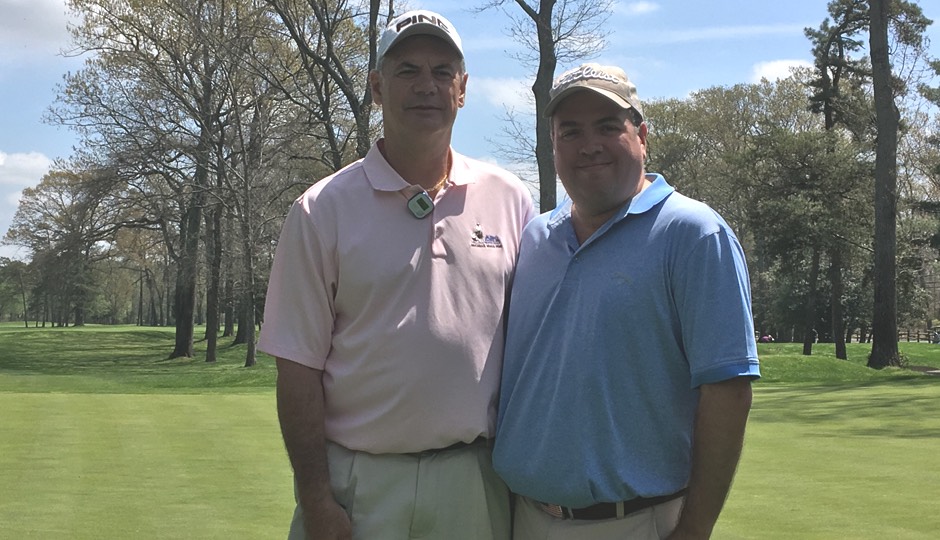 Imagine yourself standing on the uneven green of a meticulously manicured golf course, the soft turf giving slightly beneath each step of your spikes, the smell of freshly cut grass and the sounds of birds chirping in the air as you set up your putt.

Now, reading the break on a green is difficult enough for any golfer, but how do you think you’d fare with your eyes closed? How about setting up a shot off the tee box without being able to visualize where you wanted to place the ball?

Is there a dogleg left or right? How far are the trees from the start of the rough? Are there even trees there at all?

Golf Digest’s Dan Jenkins once said, “Golf is 90 percent mental. Once you know how to hold the club and swing it, it’s all in the mind.”

Tobia is the top-ranked blind golfer in the country, booming drives that travel more than 200 yards off the tee and sinking birdie putts that would impress any scratch golfer paired with him in a foursome.

“When I went blind, I actually stopped playing for a couple of years. I played maybe a few times with my kids and then a friend of mine told me about competitive blind golfing and I was like, ‘This is great,’” Tobia tells Philly Mag. The Mount Laurel, N.J., native suffers from retinitis pigmentosa, a disease that causes retinal degeneration to the point of eventual blindness. “I had been blind for about five years then and now having the opportunity to get out and play again with friends has really been a terrific experience.”

While the concept may seem a bit counterintuitive, the game is really no different when adapted for the visually impaired. They play the course just like those of us with the privilege of sight, only with a coach guiding them along the way. Otherwise, blind golfers stay within the strict rules of the sport — so all of you sticklers can go find something else to gripe about.

“It’s a lot of hands-on teaching,” says Billy Bondaruk, a pro at Medford Lakes Country Club who worked with a blind national champion years ago on Cape Cod. “You kind of line them up, relax them by putting your hand on their shoulder and talk to them. But they’re used to that. You can teach feel without your eyesight.”

As part of the MABGA, Tobia and more than 100 other blind golfers compete in tournaments at 35 courses within a 75-mile radius of the Philadelphia area. Being the top blind golfer in the U.S. also allows Tobia to travel the country to play in larger national events like the Guiding Eyes Classic — The Masters of blind golf.

Tobia, 61, has racked up a total of 11 tournament wins and is now focusing on one day being crowned world champion. He finished fourth at last year’s International Blind Golf Association championship in Italy.

“Golf is the only sport that I know I could do physically while blind. I can’t play basketball, football or baseball. Maybe I could also bowl, but I’m not so sure,” Tobia says with a laugh.

Give him enough time and training, and we’re sure Tobia could bowl close to 300 one day — if he weren’t already busy spending much of his time showing up doubters on the links.

For a full schedule of MABGA events, including Thursday’s outing in Brigantine and Monday’s in Flourtown, visit mabga.org.