The lineup – announced this afternoon – is chock-full of hip-hop and electronic artists. 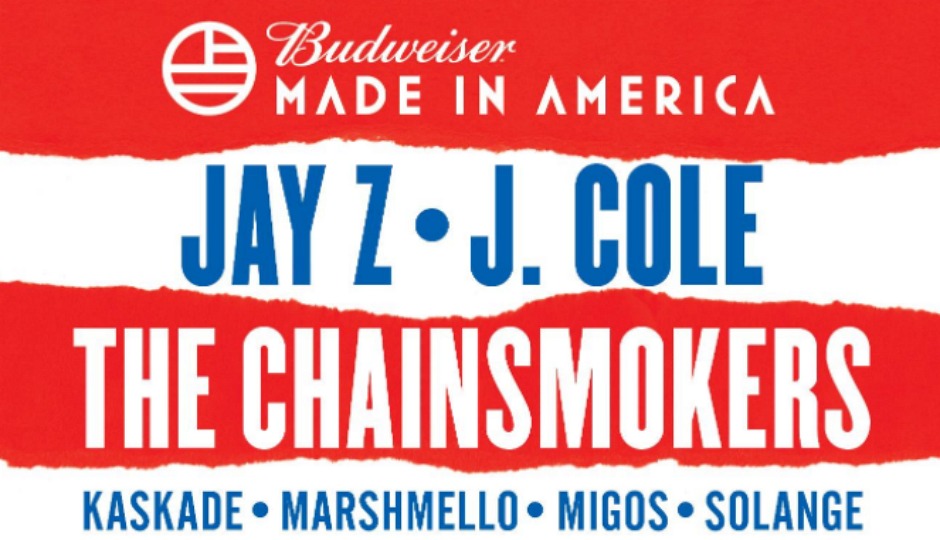 The 2017 Made in America lineup has been announced – and Jay Z and J. Cole will headline the three-day event.

The list is full of hip-hop and electronic artists – with groups like Run the Jewels and Migos and rappers Pusha T, Vic Mensa, DMX, 21 Savage and more. EDM-pop duo The Chainsmokers will perform, as well as Kaskade and Marshmello. Solange, Swedish band Little Dragon and Sampha will add a touch of indie/alternative pop.

MIA will take over the Benjamin Franklin Parkway (as always) on Sept. 2nd and 3rd. Set times have not yet been announced.

The @Budweiser #MadeInAmerica line-up is one for the books. Secure your TIDAL tix at 2pm ET today. #TIDALXBMIA pic.twitter.com/FOPG4iOTw7

Tickets are now available for pre-sale via Tidal. This will be the sixth MIA festival – the first was held in 2012.