The event, now in its eighth year, celebrates an intersectional array of LGBTQ community leaders. 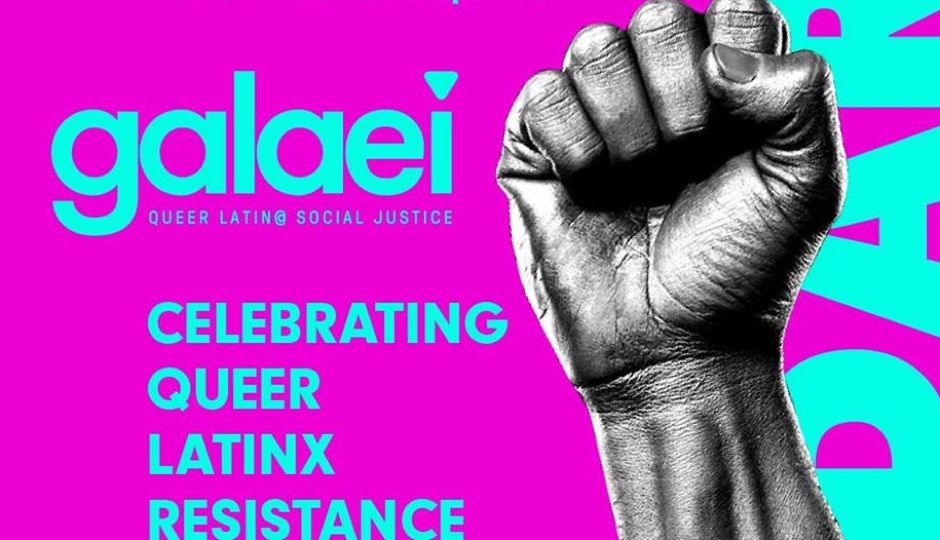 The DARLA Awards ceremony is Friday, May 12th.

“With a resurgence of new activists and social justice supporters focused on addressing racist and discriminatory policies from local, state, and federal institutions that have arisen, GALAEI has remained committed to ensuring our work focuses on advocating for our community,” said GALAEI executive director Nikki Lopez. “DARLA honorees exemplify those who have cultivated revolutionary change in the LGBTQ and Latinx communities through activism, education, or a continued commitment to empowering GALAEI.”

Sent exclusively to G Philly, GALAEI is making a surprise announcement of their 2017 DARLA recipients for the first time. The winners are:

Gabriela Sanchez, DARLA founder and managing director of Power Street Theatre Company (PSTC), is a queer Latina actress and playwright who has created a multicultural theater company with fellow artists, producing six powerful new plays, script readings, open-mic events, and art-for-social-change forums. A Philadelphia native, she graduated from the Creative and Performing Arts High School, focusing on theater, and received a Bachelor of Arts in theater from Temple University. Currently, Gabriela is the director of education at Norris Square Neighborhood Project. She is honored for continuing to cultivate safe spaces for youth and community residents to engage in cultural, environmental and educational dialogues.

Black and Brown Workers Collective, a direct-action social justice entity, has come together to combat injustices that manifest both in and out of the nonprofit organizational structure and in the broader community of Philadelphia. Its mission is to actively challenge, resist, and dismantle colonialist, white supremacist, and oppressive systems that impact the lives of Black and Brown workers. Most importantly, they seek to create their own spaces where Black and Brown labor and communities will define the value of their own work while setting roots in communities that establish Black- and Brown-owned enterprise and collectively run spaces. Their philosophy is rooted in decolonization practices and organizing methodologies.

Valentina Rosario, a proud young Queer trans Latina, is currently a senior at El Centro de Estudiante. She has been involved with GALAEI’s Youth Program since 2011. Valentina has dedicated most of her work in school and with the community on educating people about Trans issues and the importance of Trans visibility. Valentina has been involved in several speaking forums from conferences to universities, speaking on her experience and her involvement with GALAEI. She is an example of queer and trans Latinx youth perseverance and passion. At GALAEI she started Butterflies, a Trans* Youth Empowering group creating a safe place for Trans* Identified Individual to meet voice their concerns, ideas, need, and build a positive community. Valentina biggest dream is to open a trans youth shelter.

All in the community are invited to enjoy live performances, a youth artwork Latinx resistance gallery, and a DJ dance party with complimentary appetizers and an open bar. The event will take place on Friday, May 12th, from 7 p.m. to 10 p.m. at Taller Puertorriqueño (2600 N 5th Street). Tickets are now available online.