Both gave the president an above-average grade – and Christie likened Trump's performance to two different sports. 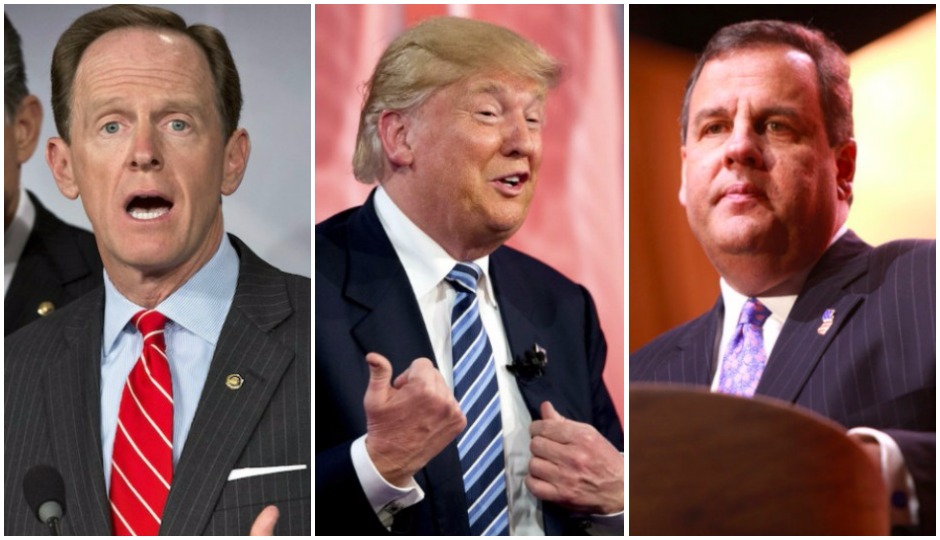 U.S. Senator Pat Toomey and New Jersey governor Chris Christie have both rated the president’s performance so far – and they both gave him above-average grades.

In an interview with 6ABC, Toomey said he gives Trump an ‘A+’ on foreign policy, specifically because he agrees with the president’s recent missile attack (and other sanctions) against Syria. The senator also mentioned that he supports the president’s aggressive stance on so-called sanctuary cities like Philadelphia.

Toomey reportedly added that Trump could improve by “less tweeting” and instead keeping “the focus on the big, important policies.”

Meanwhile, Christie (who doesn’t do too well in polls himself) gave Trump an overall ‘B’ grade and blamed Congress and the president’s administration for failing to see his visions through. In an interview with CNN’s Jake Tapper, the New Jersey governor likened the government to two different sports.

“You’ve gotta put touchdowns in the end zone,” Christie told Tapper, according to Philly.com. “The president knows how to do that. He’s got to make sure that we get everybody focused on the task at hand.”

Later on, when talking about failed attempts to repeal the Affordable Care Act, Christie blamed Congress and compared the situation to golfing.

Four days before Trump hits the 100-day mark, FiveThirtyEight puts his approval ratings at 41.4 percent. That’s lower than any president since Harry S. Truman was elected in 1945, according to the website.