Longtime offensive guard Todd Herremans thinks that Brent Celek taking a pay cut is sad after all he's given to Philly. 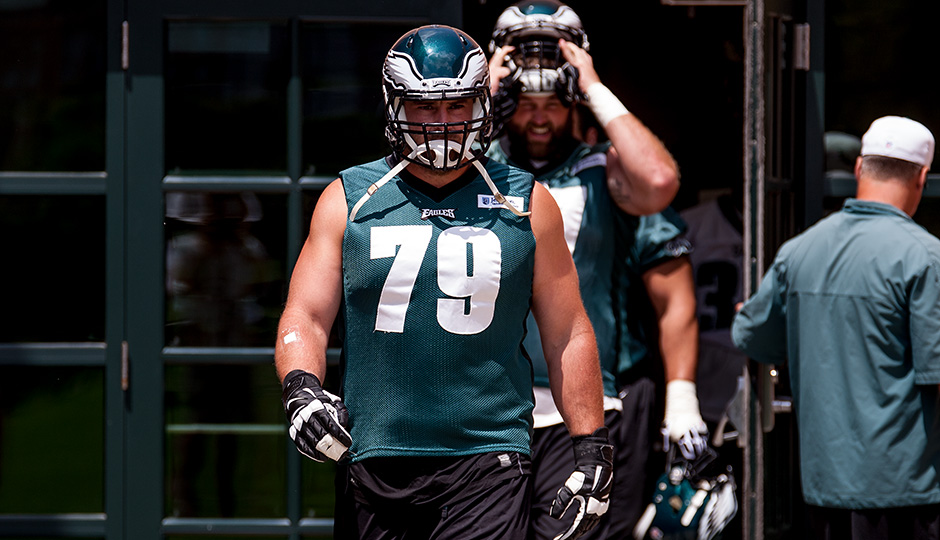 As a friend, longtime Eagles guard Todd Herremans is not happy that his former team asked tight end emeritus Brent Celek to restructure his contract for this upcoming season.

But when putting on his businessman hat, Herremans says he understands why the Eagles made the request given their murky salary cap situation and need for relief.

Celek, one of the best “lunch pail-type” Birds in recent memory, just agreed to knock $1 million off his 2017 salary after signing a three-year deal worth $13 million before the start of last season.

That deal was billed at the time as being a team-friendly way to keeping the 10-year veteran in midnight green for his entire career.

Although Celek has only missed one game since entering the NFL in 2007, his production has dropped off significantly as he’s been phased out of the offense more each year. He only caught 14 passes for 155 yards last season and had no touchdowns.

But Celek should be just fine without that cool million. He still has made more than $26 million in his time with the Eagles and owns bop, a Korean-fusion restaurant next to The Bellevue in Center City.

Herremans and Celek were once partners in the now-closed 879 Lounge in Old City.