Jersey Shore GOP Candidate Caught on Tape “You Should F— Me”

The Cape May County Republican party has since dropped its support of Brian McDowell, an ex "Apprentice" contestant. 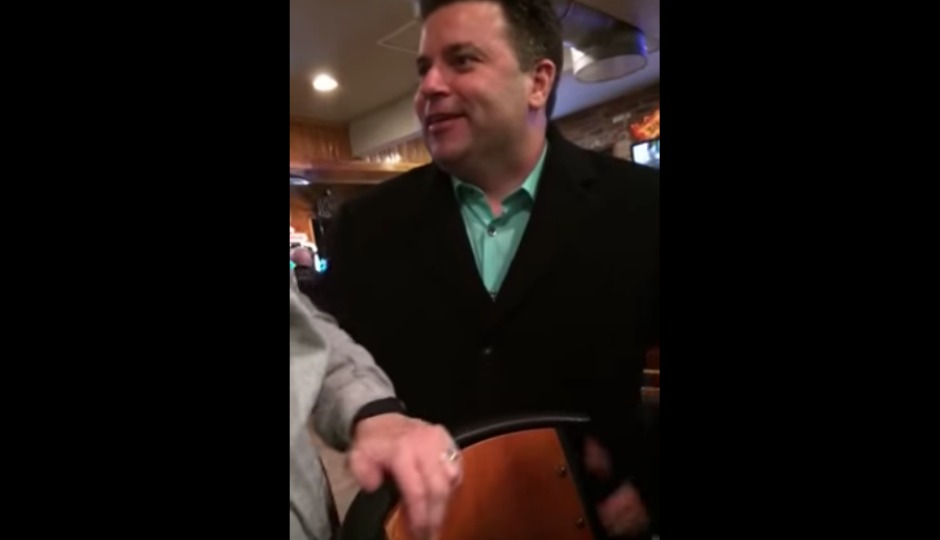 A Republican candidate for a New Jersey Assembly seat is taking some flak after he was caught on camera telling a woman she should sleep with him – via less appropriate phrasing.

In a short video first posted by Politico, Brian McDowell addresses a woman in what is reportedly a Wildwood bar. “Let me tell you right now: You should f*** me,” he says. “It would be really good. Listen, you never know.”

It’s not McDowell’s first time in the spotlight – he appeared on NBC’s (and Donald Trump’s) The Apprentice in 2005. (Maybe McDowell was taking a page from the president’s playbook.)

After the footage began circulating, the county GOP Party quickly revoked its support of McDowell, a Philadelphia-raised real estate agent who is running to represent the First Legislative District, which includes parts of Atlantic and Cumberland Counties and Cape May.

“This information places this candidate in a light that is inconsistent with several of the core principles of the Cape GOP,” the Cape May County Republicans said in a statement earlier this month. “Accordingly, we cannot in good conscience support this candidate going forward.”

Despite the backlash, McDowell said he doesn’t plan to drop out of the race. “There are human errors and even Jesus dropped the cross three times,” he told Politico.

In an interview with Philly.com, McDowell said he was speaking to a friend of 10 years in the video, which was recorded after he “had a couple drinks in” him, and that the footage apparently gives constituents all the more reason to vote for him.

“Honestly, how many guys want to say that, but don’t?” he told Philly.com. “I spoke what was on my mind. Unfortunately, I don’t have a filter. I’m not running to be the pope. I’m running to make New Jersey affordable. I hope the voters can get past it.”

Cape May County GOP Chairman Mark Karavan said that prior to the video, he had received two anonymous letters containing allegations about McDowell’s past.

McDowell told Politico that the letters contained accusations that were both true and false, detailing one situation in particular: “Back about 12 years ago, maybe 14 years ago, I proposed to my ex-girlfriend on a SEPTA bus in Philadelphia,” he told the publication. “She didn’t like that. She considered it harassment. She filed a restraining order against me. It was later dismissed and we went on to have two kids together in a relationship that lasted 10 years.”

According to Philly.com, McDowell was arrested in 2008 after he allegedly trespassed at the 2008 World Series in Tampa, Fla. – which the Phillies won.