Injuries have dropped notably as well, according to the first audit of the $400,000 program. 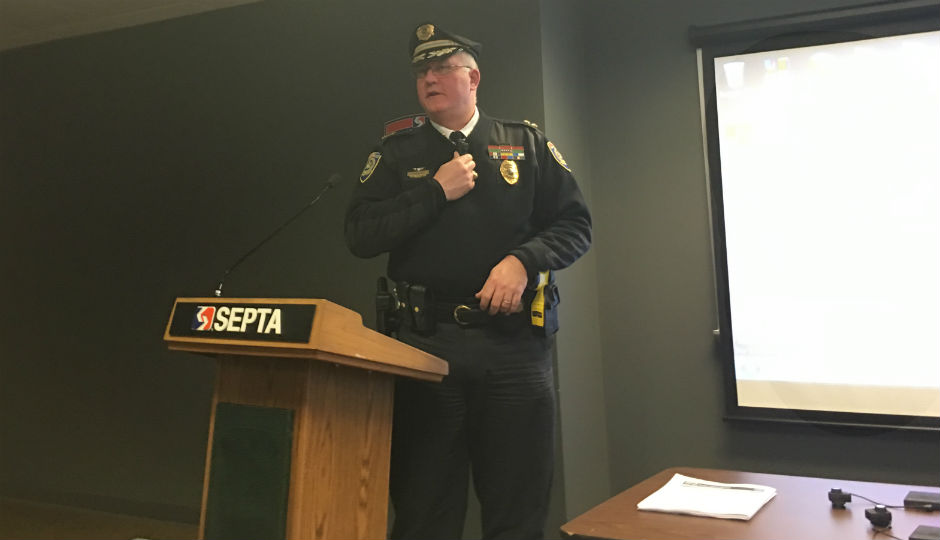 Complaints against SEPTA police dropped by 25 percent in the first six months since officers began wearing body cameras, according to the first audit of the transportation organization’s $400,00 Body-Worn Camera Program, which launched in January of 2016.

“The Body-Worn Camera Program aims to strengthen relationships with the public by showing them the extra checks and balances this new technology provides,” SEPTA Police Chief Thomas Nestel III said in a statement. “The hope is that the need for physical force by the police will diminish, and false allegations lodged by citizens against the police will be reduced. The cameras also serve as an added deterrent to abuse of authority.”

All 250 of the organization’s officers are required to wear body cameras. SEPTA conducted the audit by analyzing 13,970 randomly-selected videos over the program’s initial sixth-month period. As a result of malfunctioning or improperly fitted equipment, about 8 percent of footage had unclear video or audio, and 5 percent had no audio at all. According to SEPTA officials, officers will continue to receive retraining on how to operate the cameras.

The body cameras aren’t running at all times – officers are responsible for turning them on before interacting with the public. The audit found that 22 percent of randomly selected incidents failed to have the required corresponding video, and 21 percent of randomly selected videos failed to have the required announcement by the officer that audio recording was occurring.

Of the officers who did not have the required recordings for the audit, three received formal discipline, according to SEPTA officials.